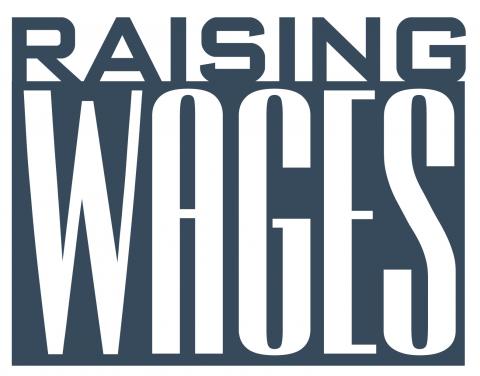 Is Your Pay Stuck? Let's Fix That.

We’ve heard for months that the economy is improving, except for one stubborn problem: workers’ wages aren’t rising the way they should be in a recovery. Productivity goes up, corporate profits go up, CEO pay goes way up—but most working people’s paychecks are stuck.

What we haven’t heard as much about is how we can raise wages. The economy is not like the weather—it doesn’t just happen to us, and we don’t have to just sit and wait for it to get better. The leaders we elect make the policy decisions that can fix the economy.  Now it’s our job to put enough pressure on them until they actually do.

Raising wages for working families is the top priority of the AFL-CIO because we know it’s the top priority of working people across the country. And we’ve developed a road map to do it. On one hand, it’s not an easy path—especially in today’s political environment. On the other hand, we know exactly how to raise wages.

For the millions of women and men who work at or near the minimum wage, we must raise the wage level and index it to inflation. That includes the shamefully low tipped minimum wage, which still stands at $2.13 an hour. Raising the minimum wage is one of the most popular ideas on the public agenda—in this past election, higher minimum wages were approved in every state where they were on the ballot.

For the working women and men who want a voice at work to improve their jobs and pay, we must restore the freedom to form unions and bargain collectively.

For every working family, we must ensure that women finally earn equal pay, that we all have control over our work schedules, that we can take earned sick days when we are ill and take care of our families when they need us, and that we actually get the pay—including overtime pay—that we earn.

Everyone knows workers’ rights go hand in hand with civil and human rights, so we must enact comprehensive immigration reform with a real pathway to citizenship.  If we continue to have a shadow economy, where workers are paid less and employers take advantage of workers living in fear, it undermines all working people’s ability to earn better wages.

We need a healthy pension system that provides retirement security for all; full employment policies rather than the acceptance that so many of us are jobless; trade deals that respect workers and families here and abroad; Wall Street reform, so it serves Main Street, rather than the other way around; and investments in infrastructure, public education, workforce development and domestic manufacturing.

Higher wages are not out of our reach. But we have to work to reach them. And the only way we’ll be successful is through collective action—all of us, working together. Joining MomsRising. Joining with the fast-food workers and Walmart workers who demand a better deal. Joining with the activists for equal pay and earned sick leave and more. Joining Working America, the AFL-CIO’s community affiliate. All of us, joining together until we’re one vast and mighty movement for our families and for what we know is right.