International Women's Day and the Status of Young Women in the U.S. 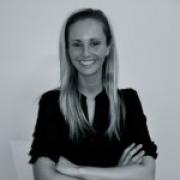 Katy Fairl
Share This
Add your voice to the comments

International Women’s Day offers a great opportunity to take a look at the status of the rising generation of young women here at home. Next week, Young Invincibles is set to kick off the Campaign for Young America with a bus tour, visiting 18 states to talk to young people about barriers to economic opportunity.  We know that for young women in particular we expect to hear concerns, excitement and ideas for solutions on issues such as educational attainment, gender inequality, and women’s health.

Indeed, while the gender gap in pay has narrowed over the last generation, young women, particularly those with less education, still earn significantly less than their male peers.  Women with a high school diploma earn only 77 cents for every dollar a male counterpart earns, compared to college-educated women who earn 84 cents for every dollar.  The consequences of economic recession often fall disproportionately on the shoulders of young adults and for young women, these costs are particularly burdensome when combined with lower wages and barriers to occupational opportunities.

Health care is another issue area where we expect to hear both concern and hope. Although young men and women are equally as likely to be uninsured, women’s specific health needs leave them more exposed to rising premiums and in greater jeopardy of losing coverage.  Insurance providers often consider young women to be a higher risk than men. As a result, in the past three years an estimated 7.3 million women were turned down from coverage, charged a higher premium than men, or failed to secure coverage for a preexisting condition.  Private insurers often provide little or no coverage to women to cover the costs of pregnancy.

That being said, we know that with enactment of the Affordable Care Act (ACA) in 2010, women have made steady progress.  More young women are covered today as the result of the removal of lifetime coverage limits, bans on recessions of coverage, benefit protection for those with preexisting conditions, and a requirement that young adults will be able to stay on their parent’s plan until age 26.  In 2014, millions of women are set to gain more benefits from rules prohibiting exclusion from coverage or charging higher premiums on the basis of health or gender – now, women are often charged more for coverage.  In addition, regulations on health benefit standards will ensure that health plans include maternity benefits, and required, no cost-sharing preventive care will include benefits such as contraceptives.

This generation of Millennial women have endless potential, and the educational numbers prove that we continue to strive for economic success.  Over the next few months, Young Invincibles will talk to thousands of young people to craft solutions to break down the barriers that stand in their way.