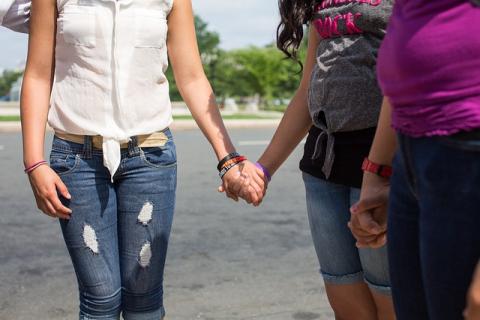 Advocates gathered in front of the U.S. Capitol on June 27, 2013, to pray for compassionate, comprehensive immigration reform. (Joseph Molieri/Bread for the World) 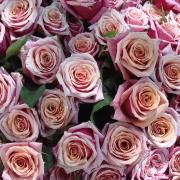 Rosa Anon
Share This
Add your voice to the comments

Last Sunday, for the eleventh year in a row, I called my mother and wished her a “Happy Mother’s Day,” but I wasn’t able to see her. I’m one of the estimated 12 million people living in the United States without documentation. As much as I want to see my mother, going home to Honduras could mean I would not be able to return to America. As my family’s primary breadwinner, I can’t let that happen.

Honduras is one of the poorest countries in Latin America; one-third of the people living in my country survive on less than one dollar a day. At home there are very few jobs and little opportunity; we are plagued by natural disasters, drought, and malnutrition—hunger and poverty are pervasive. By working in the United States and sending money home to my family, I allow them to live above the poverty line. The money I’ve been able to send home helps feed, clothe, and house my parents, my brother and sister, and my nieces and nephews. Without it, I don’t know what would happen to them. When I hear people say unkind things about undocumented immigrants, I wonder if they would let their families suffer or starve if put in the same position.

The people and the government of the United States have done a lot to help my country—sending food aid in times of crisis and implementing programs that have greatly improved maternal and child nutrition. Passing comprehensive, compassionate immigration reform is another part of that response to hunger. A path to citizenship for people in my situation would allow us to continue to help families at home, without living in constant fear of deportation. I’ve worked hard since coming to the United States: I’ve held the same job for years, I’m active in my church, I volunteer in my community, and I’ve earned a high school diploma. I want to be able to continue to contribute to this country’s economy and also provide for my family.

Immigration reform would also reduce the rate of poverty in the United States. As many as one-third of undocumented U.S. immigrants live in poverty, and the poverty rate for their children, many of whom were born in the United States and are citizens of this country, is greater than 40 percent.  How can one of the greatest countries in the world allow this to continue?

On Friday, Bread for the World delivered more than 3,000 signatures to the office of House Speaker John Boehner, encouraging him to put immigration reform to a vote in the House. There are a shrinking number of legislative days left before the end of the year. Your voice can help move immigration reform from a list of proposals to a reality: please ask your representative to tell Speaker Boehner that the House must pass immigration reform.

My story is not unique. I know mothers who’ve come to the United States to earn a living and must leave their children with relatives, and others who have watched their own children leave for the U.S., never getting to see them grow up. My faith in God, my faith in Congress to do the right thing, and my faith in people to speak out lead me to believe we can pass comprehensive immigration reform now. People who live in fear of being separated from their brothers, sisters, sons, daughters, fathers, and mothers—or of never seeing them again—cannot wait.