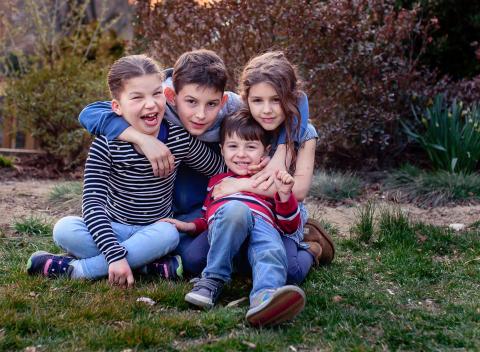 I'm a mom who says NO to slashing Medicaid! 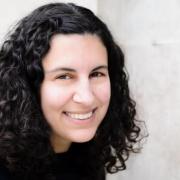 Jamie Davis Smith
Share This
Add your voice to the comments

Tax day is a good time to revisit the many ways in which the GOP tax scam and Trump's policies will hurt families like mine. I delivered this speech on behalf of Little Lobbyists at a Tax March rally in February with Leader Nancy Pelosi and other Congressional representatives and civil rights activists.

My name is Jamie Davis Smith and I live in Washington, DC with my four children.  My oldest is Claire. She is 11, she loves to go out, she loves everything Disney, and I can tell she’s angry that we're here again.

I’m speaking for her because she cannot speak for herself.  She was born with a genetic disorder which makes it impossible for her to accomplish all kinds of basic tasks by herself.  She cannot eat or toilet without assistance. She cannot safely walk without help. As you can imagine, she has complex medical needs that come along with overwhelming costs.

Ronald Reagan was able to see this.  He championed, and worked with Congress to create a path to Medicaid for thousands of children like Claire.  And as a result, she has been able to receive the care she needs to stay healthy, progress, and live at home rather than in an institution.  But, now that the GOP Tax Scam is law, the protections put in place to protect children like Claire are at risk. It’s not enough that the GOP already took away health care for 13 million Americans.  Now Trump is coming for my family. And we say HANDS OFF.

To pay for permanent tax cuts handed out to corporations, Trump is proposing to slash funding for Medicaid and take away the lifeline so many families like mine depend upon simply to keep their children healthy and keep them at home.   These cuts would be catastrophic, not just for my family, but for families like Claire’s friend T. T requires treatment costing thousands of dollars per month, treatment that her private insurance pre-approved then later denied sticking her family with a $77,000 bill.  How many Americans can pay a bill like that? T’s family has already sold their house and her mother told me everyday they must choose between T’s healthcare and literally anything else. They always choose her healthcare.

And what about when these children grow up?  How will cuts to the EPA impact their already fragile health?  How will they eat? The statistics show that individuals with disabilities are unemployed and underemployed in large numbers.  With programs like SNAP on the cutting block, access to nutritious food will become even more difficult. Where will they live?  With cuts to housing assistance looming, people will literally be kicked to the curb. Cuts to the Social Security benefits so many individuals with disabilities depend upon to meet their day-to-days needs are also at risk.

These cuts are only needed to pay for hand-outs to the wealthy.  It’s that simple. These cuts don’t balance the budget. Taking away Claire’s Medicaid and the other programs she will rely upon as an adult won’t help anyone find work.  They won’t help anyone get a raise. With six in 10 Americans opposing cuts to Medicaid for those who need it, they don’t even appeal to much of the GOP’s voters.

Human decency shouldn’t be a partisan issue.  It should be part of our fabric as the American people.  Tell the GOP Hands Off!