I'm a Man Who Supports the Pregnant Workers Fairness Act 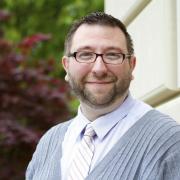 Chett Pritchett
Share This
Add your voice to the comments

Standing in the shade of the United States Capitol, I scanned those who had assembled from a broad coalition: MomsRising, National Women's Law Center, NARAL Pro-Choice America, URGE: Unite for Reproductive and Gender Equality. Most were young, energetic women. Some of them mothers who came with their children. Quite a few of the 20 or so volunteers had t-shirts on proclaiming their organizations presence.

And then there was me: a white, 30-something, gay man in a bowtie and a crazy haircut, representing a small faith-based social justice organization, and with absolutely no desire to be a parent. In a group gathered to lobby Congress about the importance of the Pregnant Workers Fairness Act, I’m sure I stood out like a sore thumb. Groups split up and lobbied in the Hart and Dirksen Senate Office Buildings. Some Senators received a simple “thank you” for their co-sponsorship of the bill. Senator Mark Kirk (R-IL) took time to meet with our group and pose for photos with energetic children. Others received a request to be co-sponsors of this bi-partisan bill because they had not yet done so. (And yes, some women Senators have yet to co-sponsor this bill).

I’m sure I could pontificate on the importance of this bill with statistics and facts. 41% of women with children are the breadwinners for their families. The health and welfare of both the pregnant mother and the expected child are increased with simple accommodations. It is important that women who choose to have children also be given every opportunity to provide the best life possible for those children. The Pregnant Workers Fairness Act helps provide for those opportunities.

But this work is personal, too. Almost 39 years ago my mother had accepted a job as a bank teller, certain she wasn’t able to conceive. Six months later she went to the doctor and left to discover she was pregnant! Her boss, the bank’s President and CEO, made an accommodation: a stool for her to sit on so she didn’t have to stand on her feet all day. It seems like a simple act, but it made a huge impact because it’s a story my mother recounted to me over the years.

Simple acts can create great waves. Contacting your members of Congress is another simple act. But it’s important to tell your story, too.

It’s why this white, 30-something, gay man in a bowtie and a crazy haircut, representing a small faith-based social justice organization with absolutely no desire to be a parent was roaming the halls of Congress today. Maybe your story can lead to a simple act and great waves.

Chett Pritchett is the executive director of the Methodist Federation for Social Action. He is “seminary-trained but not ordained,” an ardent advocate for justice at the intersections of race, gender, sexuality, ecology, and economics.