"I don't want to leave my school and this country."

Mary Olivella
Share This
Add your voice to the comments

As I listened to the barrage of news this week on immigration, I kept thinking about an 8-year-old girl I met in Georgia in 2011.

Melanie is a star student and Girl Scout.  Her mother bravely spoke to a group of women delegates about how Georgia's treatment of immigrants was affecting families.  Melanie clung to her mother and cried while her mother told us how difficult it was when she had to tell Melanie that they might be forced to move back to Mexico if Georgia passed a harsh new anti-immigrant law.  Melanie's mother also proudly told us that Melanie took it upon herself to write Georgia's governor:

“I want to tell you something special, to not sign the law, because I don’t want to leave my school and this country.” -- Melanie, age 8

Melanie’s story is not unique. Sadly, 5 million children in our nation live in fear of being separated from their parents and the only country that they have ever known.  Children who are immigrants themselves as well as U.S. citizen children with immigrant parents face high rates of family separation, emotional trauma, poor educational outcomes and economic instability.

We cannot allow children to suffer any more due to our broken immigration system.

According to the latest Associated Press poll, the majority of Americans favor providing a process for undocumented immigrants already in the United States to become U.S. citizens. This is especially critical for immigrant mothers who work hard to contribute to our communities and care for their families, yet day in and day out too many of them fear that they could be separated from their children. 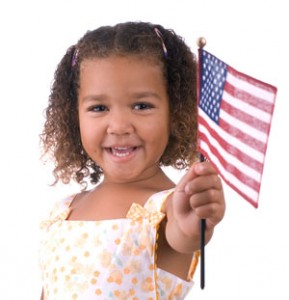 Earlier this week, the President reiterated that immigration reform is a high priority for his administration.  Yet even with this, and even though a bi-partisan committee of Senators have just released their principles for comprehensive immigration reform (5), there is no guarantee that Congress will stop their posturing and agree on policies that are good for all of our families and ensure a thriving economy that acknowledges the contributions of immigrant mothers, and all immigrants.

Let’s send a message to Congress:  Now is the time!  Now is the time for comprehensive, and inclusive, immigration reform that strengthens our families, unifies our communities, supports our national economy, and includes a roadmap to citizenship for aspiring citizens: http://action.momsrising.org/sign/2013Immigration_Reform/

More than half of immigrants in the United States are women.  Many are mothers like you and me, working hard, volunteering in our children's schools and communities and doing all that we can to ensure that our loved ones have the best possible future.

Immigrant families are an important part of our economy.  Over the last 15 years, immigrants have increased the rate by which they start businesses by more than 50 percent, and undocumented immigrants contributed more than $11 billion to our economy in 2010 alone.

But right now, too many families and businesses in the United States are suffering because we lack a fair, modernized roadmap to citizenship for aspiring citizens.  The clock is ticking for families and for our economy.

An immigration policy that makes children afraid of being separated from their parents is not reflective of our shared values as a people. Families belong together.  And parents in our country should be able to work hard and be able to provide for the well-being of their families.

Your voice can make a difference.  Please join me in sending a message to Congress that now is the time for comprehensive, and inclusive, immigration reform that strengthens our families, unifies our communities, supports our national economy, and includes a roadmap to citizenship for aspiring citizens:  http://action.momsrising.org/sign/2013Immigration_Reform/

Together we can be a powerful force for all women and families in our country.

This blogpost is part one of a four-part series on immigration in America. We highlight personal stories and offer ways to take action to support immigrant families. We invite you to come visit the MomsRising blog over the next four days to check out each post, and to leave your comments below. - Eds.