I am going to Georgia to stand up for America and our children’s future. 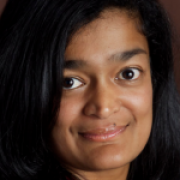 There’s a myth out there that immigration is complex—even controversial.  But the truth is that the issue of immigration may be the simplest and clearest thing that binds us all together.  With the exception of our Native American brothers and sisters who were here long before any of us came and who didn’t have the luxury of asking people for their papers when their land was taken over, we are all immigrants or descended from immigrants—willing and unwilling, transported on slave ships or shipped in labor, escaping famine and war or economic devastation, seeking a better life for ourselves and for our children.

The truth is that most of us are just a very few generations away from our own immigrant pasts.  We know or have heard about our ancestors being transported in chains to do the hard work that America needed done.  We know or have heard what it was to come to a new country in search of a better life, to be scapegoated, to not speak the language, to work every day to eke out a living.  We know or have heard stories of what it means to take incredible risks to go to a place that promises justice, opportunity or simply--just peace.

Most of us also understand that racism and discrimination and xenophobia are not distant but close.  That America has a complicated history with race.  That the civil rights movement did not end when blacks got the right to vote or when a black man became our President.  That we walk every day on land that was appropriated from Native Americans.  That workers have always been pitted against each other to try and preserve the power and wealth of those above them.  That exclusion from neighborhoods based on our color of skin; burning of crosses and bans on inter-marriage; and dictates on who we love or how we love stare us in the face even today.

When Dr. King famously said that “Morality cannot be legislated but behavior can be regulated,” he was talking about how law can help “restrain the heartless.”  I know he would be deeply disappointed to know that we are fighting today not to repeal laws from before that are heartless but instead that anti-immigrants and nativists around the country are using the law in places like Arizona, Alabama and Georgia to legislate heartlessness.  Even as key provisions of Georgia’s anti-immigrant legislation were struck down by a federal judge, the reality is that the remaining parts of the law still allow wide latitude for racial profiling.  Equally damaging, the continuing raging, often racist, conversation pushes all immigrants—legal and undocumented—to one side in a false “us versus them” debate and creates a divided and hate-filled community.

Our delegation to Georgia is about reminding people that America is better than this.  I know that hundreds of thousands of women and men around the country would understand the despair of sending our children to school in the morning and not knowing if we would see them again in the evening—this is indeed the way that 12 million people in the country live today.  I know that women everywhere who have felt the deep sting of discrimination simply for being female can understand what it feels like to be singled out for who you are.  And I know that people everywhere who are proud of America want to stay proud of America.

Last week, when Troy Davis was executed, my 14-year old son posted on his Facebook page this sentence:  “Sometimes I just lose faith in the U.S.”  My heart broke because I knew what he was talking about.  And at the same time, my heart sang because it is the ability to be disappointed that allows us to reach higher.  If history tells us anything, it is that the unwavering ability to dream and to fight for what is better is the nature of human resilience.

Speaking out and fighting together for what is right makes us human again.

I’m going to Georgia to stand up for America and our children’s future.