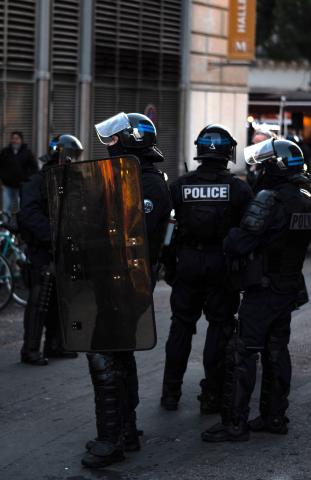 Protesters push, shove, and yell obscenities at each other. A young refugee's body washes up on the shore. A bus driver is bullied while students cheer. A man commits suicide.

These aren't scenes from a video game. Thanks to live-streaming apps such as Facebook Live, live.ly, Periscope, and others kids can watch actual scenes of real-life violence in their social media and news feeds. And these videos are unlike anything anyone has ever seen before. As kids scroll and swipe through the day's events, they're not only watching real-life violence unfold in real time, they're interacting with it. They're commenting, sharing, and using other digital tools to process the raw footage. It's a strange time we're living in: Technology can open up the world for our kids -- but often before they're ready to see it and definitely before we understand the impact it has on their developing minds.

Plenty of research has been done on the impact of media violence on kids. While it's oversimplifying to say violent media equals violent kids, studies show that watching, playing, and reading about graphic violence can make kids aggressive, antisocial, and desensitized. This is especially true for kids raised in an environment with other risk factors for future violence, such as an abusive household. But the technology that allows for instant, live broadcast of violence as it's happening to real people is brand-new. And video is more visceral than static media. We simply don't know yet what the impact on kids is. When it comes to kids who are particularly vulnerable to the effects of media violence, the lack of data is very troubling.

But just because we have 24/7 access to news doesn't mean we have to subscribe to it and watch it. You actually have more control over what your kids see and how they perceive it than you might think. By using various settings and having meaningful conversations, you can help them make informed decisions about their social media feeds -- and help put things in perspective for them when they do scroll by those violent videos and images. Here are some ideas for managing the real-life violent images on tweens' and teens' devices:

Set preferences. Facebook and other social media allow you to choose whom to follow and, to some extent, what kinds of posts you see. Check your kid's social media settings to see what options are available to curate the feed. If certain friends always post violent, age-inappropriate posts, you can unfollow or unfriend them.

Turn off push notifications. You can avoid news alerts by turning off notifications on your phone and in your apps.

What to talk about

Tell kids to wait. As much as you might wish kids just wouldn't watch these videos, they will. So you have to be realistic. You can frame it for them as taking control of their experience: Explain that they have a choice of when and how to watch these videos. Tell them that the fact that the videos show up in their feeds doesn't mean they have to watch them immediately. Discuss how waiting until you're calm or with supportive friends and family can be a way of taking care of yourself. For younger kids, tell them you'd like to view these types of videos together so you can discuss them.

Practice media-literacy skills. Analyzing media, including real-life violent videos, trains kids to think critically about the information they're receiving. Real-life violent videos are so emotionally charged, kids may miss key contextual details. Ask your kids: Who are the people in the video? What are they saying? Who is their audience? Why are they recording in this manner? What information is the recording giving? What information is it leaving out?

Stay current. Though it's unlikely you will consume as much social media content as your kid, it's a good idea to stay current on pop culture. Kids might not always tell you when they've seen something disturbing, so if you know a particularly upsetting video is going around, you can proactively address it.

Help kids express their reactions. The feelings that are triggered after watching these types of videos -- fear, anger, sadness, excitement, stress -- can be confusing. Create a safe and nonjudgmental space to explore feelings to support tweens' and teens' emotional maturity.

Help your kids tap into feelings of empathy. The more media violence kids are exposed to, the more "normal" it appears. Repeated viewings can desensitize your kids to others' pain and suffering. Ask them how they'd feel in real life if someone they knew was badly hurt. Maybe your family can help support victims or a cause depicted in the video.

Remind them that real violence isn't a joke. When people get hurt, that's not entertainment. With older kids, you can talk about the social, political, and other issues contributing to the situations they're viewing.

Ask kids if they relate to the people in the video. Viewers who believe media violence "tells it like it really is" and who identify with the perpetrator may be stimulated toward violent behavior over time.

Take care of yourself. Adults, as the emotional support for kids, can have a hard time coping with real-life violent videos, too. Take a break from social media for a while (and try to get your kids to stay off, too). The stressful effect of lots of negative news can sneak up on us.