How the Affordable Care Act Will Help Joshua 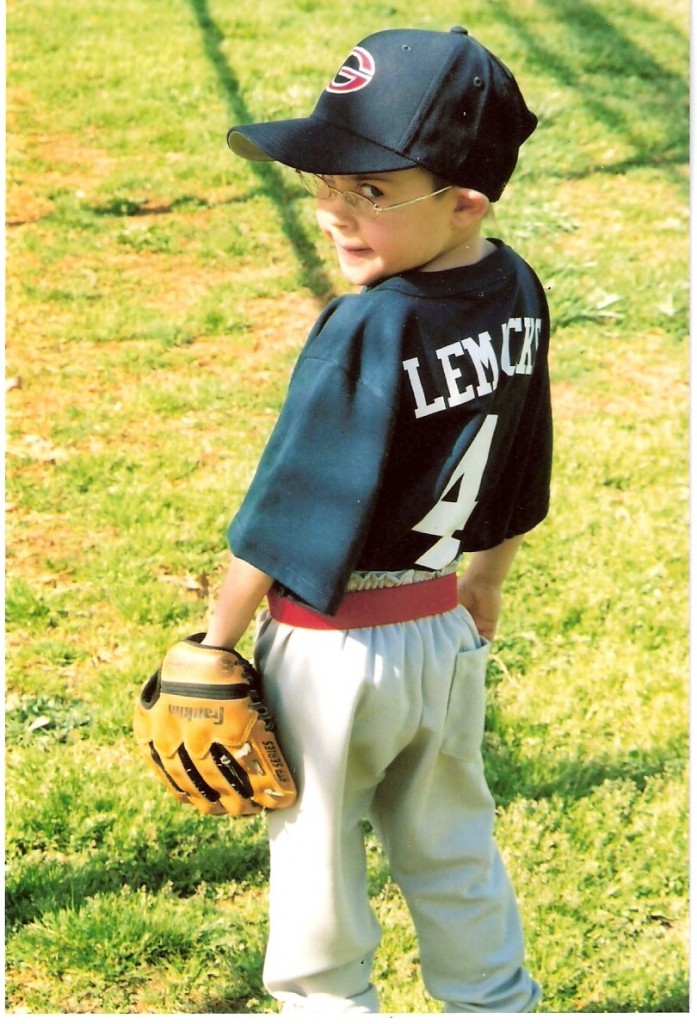 When Joshua Lemacks of Richmond, Virginia takes the field for one of his Little League games, the other team may not be overly impressed with his batting average stats, but those who know him realize that he has beaten extreme odds just to be standing on that field with his teammates.  What the other team doesn’t know is that if Joshua and his parents hadn’t batted 1000 in his early years, he wouldn’t be alive today.

Nine years ago, soon after Joshua was born, a fetal cardiologist came into the room with a box of tissues and told his parents that their newborn’s heart defect was 100% fatal. Later, the cardiologist offered them somewhat better odds if Joshua underwent three high-risk surgeries, one right after delivery.  His odds of surviving the first surgery were about 5 percent. Joshua’s parents, Jodi and Mark, opted for the surgeries because they wanted to give their baby the best chance they could.  Even though they were insured, they incurred monumental out of pocket costs.

Today, Joshua has not only beaten those odds, he is thriving. “He’s as healthy as a horse,” Jodi says. He plays baseball and golf and is a very happy child who seems like any other active little boy except for the scar on his chest and the medical bills that have piled up for his family.

Even when Josh is healthy, the family’s medical bills add up. Josh has, effectively, “half a heart,” as Jodi puts it, and with today’s technology, his defect cannot be “fixed.” He needs regular check-ups, but he also needs to see a cardiologist at least once a year and undergo expensive testing.  Also, while he doesn’t get sick more often than other children, normal childhood illnesses hit him harder than they do others because his heart can’t work as effectively.  Jodi estimates their health care expenses to be as much as $17,000 in out-of-pocket costs, including premiums, in good years when Josh is relatively healthy. This is a substantial portion of their family income. Even though it’s comprehensive medical insurance, the premiums and co-payments required to obtain needed medical care are prohibitive.

This affects not only Josh but the whole family. When Josh’s older brother hurt his arm in an accident during a family trip to New Orleans, they debated going to the emergency room for x-rays because of the cost. They did take him – he’s their son, after all – but, just as they feared, they got “nailed with bills” because their plan only covered a fraction of the cost.

“I feel trapped” in this health insurance policy, Jodi says. Even though she has a better, more generous group plan through her job at a national non-profit, Jodi is afraid to move her kids and husband onto it. Why? Because when the family enrolled in their current policy, Joshua hadn’t been born yet. And he hadn’t yet had his diagnosis of hypoplastic left heart syndrome. As a result, the insurance company’s underwriters assigned him the healthiest possible risk category – a “1” in insurance terms. As high as they are, their premiums are set as if Joshua were a “normal,” healthy child.

But that would not be true if they were looking for a new individual policy on the market today. An insurance underwriter would take one look at Josh’s medical history and run in the other direction. If the family obtains a new policy that includes Joshua, they can expect to pay high rates because of Joshua’s illness– as much as $3100 per month in Virginia, their home state. So Jodi is afraid to move him off their current policy and onto her group plan. If she were to lose her job-based insurance for any reason, they almost certainly could never find an affordable new policy for Joshua.

Because of Joshua’s condition, he will inevitably need long-term monitoring and care. His heart problem cannot be “fixed.”  Kids with this problem may develop arrhythmias, may need a pacemaker, and can develop liver disease, among other complications. Because the oldest person with this condition is only in his 30s, no one really knows what the life-expectancy is, but we do know care over their lifetime will be costly.

With the Affordable Care Act comes new hope for Joshua and his parents. Beginning January 1, 2014, insurance companies will no longer be allowed to charge more to cover Joshua because of his heart condition. The family will pay the same premiums as a family without any health problems.

And Jodi is looking forward to the new state-based marketplaces called insurance exchanges, which will, for the first time, offer web-based tools so she can make apples-to-apples comparisons among different health plan options to select a plan that has the doctors and care Joshua needs.

We asked Jodi what it would mean for her to have guaranteed access to policies in which Joshua couldn’t be discriminated against based on his health status, and an exchange where she could compare her options. She responded: “That gives me choices. I also think it will be more competitive. Right now I’m stuck. I don’t like our current policy, but I can’t move Joshua anywhere else. But if I can compare plans on an exchange, maybe there is one out there that covers a bit more of what we need. That would give me the freedom to choose it.”

In addition, because the family’s income is less than 400% of the federal poverty level, they are likely to qualify for the ACA’s tax credits to help defray the cost of their insurance premiums. In addition, health plans will be required to cover a comprehensive set of benefits and limit families’ out-of-pocket costs.

Jodi imagines a future for Joshua under the ACA in which he can embark on a career that matches his skills and passions, secure in the knowledge he can get the health coverage he needs. He won’t have to choose a job just because it offers a good health plan. “He can start out of college…and he’ll have choices,” she says. “He is such an amazing child, and we love him so much. Like any parent, we want the absolute best for him.”

Thanks to the support of the Robert Wood Johnson Foundation, CHIRblog will feature profiles of everyday people across the country who will – or have already – benefited from new consumer protections under the Affordable Care Act. This post – about Joshua and his family – marks the first story in the series, “Real Stories, Real Reforms.” If you have a story to share about the impact of the Affordable Care Act, please contact us at child health@georgetown.edu.  To ensure that you receive future personal stories from CHIRblog’s “Real Stories, Real Reforms” series, please subscribe to our RSS feed or leave a comment. For press inquiries about Joshua’s story and our other personal stories, please contact sc732@georgetown.edu