How Radically To Uproot The Root Of Our Political Misery 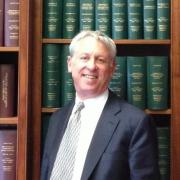 By Joan Blades and Ralph Benko

What's really at the root of America's political misery? We say: people just are not listening to each other. It's not merely at the level of elected officials. Elected officials are only the tip of the iceberg. And the iceberg is ... us. (The good news? We can transform... everything. And it's already happening.)

We are not the only ones to notice the problem. The University of Virginia's Center for Politics recently published a fascinating article entitled The Only Thing We Have To Fear Is The Other Party.

The authors, two political scientists Alan I. Abromowitz and Steven Webster, both from Emory University, observe:

The most important influence on the 2016 presidential election as well as the House and Senate elections will be the division of the American electorate into two warring partisan camps. In the seven decades since the end of World War II, Democrats and Republicans have never been as divided as they are today.

These exceptionally high levels of party loyalty and straight-ticket voting combined with increasing reluctance to openly identify oneself as a party supporter reflect a fundamental change in the way Americans relate to the Democratic and Republican parties -- the rise of negative partisanship. A growing number of Americans have been voting against the opposing party rather than for their own party.

The mission: "Our Vision is a world in which people who have fundamental differences of opinion and backgrounds work together with respect -- and even joy -- to realize the vibrant future we all desire."

How it works: "Living Room Conversations enable people to come together through their social networks, as friends and friends of friends to engage in a self-guided conversation about an agreed upon topic. Typically conversations have self-identified co-hosts who hold differing views. They may be from different ethnic groups, socio-economic backgrounds or political parties. Each co-host invites two of their friends to join the conversation. Participants follow an easy to use format offering a structure and a set of questions for getting acquainted with each other and with each other's viewpoints on the topic of the conversation. Conversations foster new relationships and often reveal common ground."

We now are working on being able to prove it every day, in every community across America. We are transforming the iceberg. Transforming the unseen part of the iceberg changes its political tip. When the people transform, our leadership transforms. We invite you to be part of this low-key but powerful transformational movement.

We here at LivingRoomConversations.org consider ourselves "radicals." Radical doesn't mean vandal or hooligan. It means, literally and operationally, "from the root."

By coming together to have living room conversations with people who disagree, even passionately, learning to see one another as respected fellow human beings, we are -- conversation by conversation -- literally changing the political culture. Your participation will transform more than you may yet have imagined by changing the negative partisan culture into a positive partisan one.

When "we the people" start setting, en masse, a good example our "leaders" will follow! Politicians always are looking for a parade to put themselves in front of. So pick up that baton and help lead this parade! (Tubas, trombones, bass drums and piccolos -- or a cappella -- optional!)

It's easy. It's joyful. Just be your sweet radical self! Dig out the root of the negative partisanship that is making American politics so sick. A healthy, uncompromising, "positive partisan partnership" is possible. (We've proved it!)

It's also startling. I (Joan) find my deepening friendship with arch-conservative Ralph to be a joy. He has expanded my perspective, left me perplexed at times holding the tension of our differences. All this inspires me! I (Ralph) find the lessons from my own deepening friendship with the generous and wise arch-progressive Joan to be utterly invaluable in appreciating -- toward resolving -- the mystifying "Zen koan" that is modern politics.

You too may discover that engaging with those with whom you disagree has the power to move us, individually and collectively, into a better world. A living room conversation just might transform both your life and the world.

Joan Blades is the founding partner of Living Room Conversations, co-founder ofMomsRising.org & MoveOn.org as well as co-author of The Custom-Fit Workplace: Choose When, Where and How to Work and Boost the Bottom Line & The Motherhood Manifesto. Trained as an attorney/mediator, 10 years as a software entrepreneur and always a nature lover, she is also an artist, mother and true believer in the power of citizens & our need to rebuild respectful civil discourse and embrace our core shared values.

Ralph Benko serves as senior advisor, economics, for American Principles in Action, is an internationally syndicated political columnist, and member of the Conservative Action Project. Ralph is editor-in-chief of thesupplyside.blogspot.com, and, with Charles Kadlec, the author of The 21st Century Gold Standard: For Prosperity, Security, and Liberty, available for free download in eBook. Ralph and Charles Kadlec are co-editors of the Laissez Faire Books edition of Copernicus's Essay on Money. Ralph was a deputy general counsel in the Reagan White House and is also the proprietor of http://auntiesamwantsyou.com. Follow him on Twitter @TheWebster.

Originally published at the Huffington Post; republished by the authors.