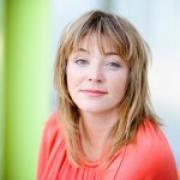 When I was pregnant with my first child my husband and I were a dual career couple. Two weeks into motherhood, my boss called me at home. The company had eliminated 30% of its local jobs and I had been laid off.

“But I’m on maternity leave,” I stammered in protest, trying to understand how this was possible. My boss stoically informed me that though the company could not give my job to someone else while I was on family medical leave, they could legally eliminate my position entirely, even though I was on federally protected family leave.

Still gasping for air as the news sank in, I thought, Wow! The state of Texas is smaller than that loophole, now isn’t it?

I was informed I would receive six week’s pay as my severance package. After six weeks time, I would be eligible to apply for unemployment benefits, which equated to merely half of my take home pay.

I hadn’t yet figured out how to fit a shower into my daily routine of parenthood. I was so swept up by trying to learn my way around the responsibilities of having a baby that sitting down and taking a moment to pee was a luxury. As I fumbled with nursing pads, breast pumps, and other foreign contraptions, I understood I had much to learn. These were all valid reasons for having taken off twelve weeks in the first place!

How would I spruce myself up enough to attend a job interview two weeks into motherhood? How could I write a coherent cover letter when I had to get up at midnight, 2:00 a.m., 4:00 a.m., and 6:00 a.m. to nurse? And what about setting aside time to just dote on my newborn? The need to cram a job search into those first few precious weeks seemed unjust!

As the weeks passed there were no corporate jobs for me to return to and my severance pay ran out. Slowly, each of the financial, middle class safety nets beneath our little family gave way. We ran through our savings, our stocks and cut corners anywhere we could.

I have learned that whenever there is a crisis in my life, I am presented with an opportunity to expand my thinking. Some of the beliefs we hold are limiting and are so deeply engrained in us that it takes time and personal reflection before we begin to recognize there may be another way. I spent a full six months at home with my baby looking for someone to GIVE me a job before I began thinking of alternatives.

One day I was talking to someone who had seen a psychotherapist. All of a sudden, something clicked into place deep inside of me. I had dreamt of becoming a therapist since I was a teen. Yet I had abandoned that dream for years under the assumption that I had to choose between a paycheck or graduate school if I wanted a family.

I went back to school. We were broke. It tested our marriage. And none of it was easy. As it turned out, though, pursuing graduate school allowed me to be more or less a stay-at-home mother during the day and a student at night. Graduate school was also a self-growth experience that radically changed my life for the better and it delivered me into a profession I find deeply rewarding.

I was discriminated against in 2001. When I became self-employed after graduation, I was liberated from ever again having to be subjected to that kind of workplace discrimination. In 2012 I now employ a handful of other women in my female dominated field. I get to provide quality jobs and prevent that type of career discrimination from taking place to other women – and it feels great!