How far would you go to protect your family? 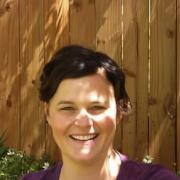 Christine Rose Regan
Share This
Add your voice to the comments
I now understand the idea of parents being willing to do “anything” for their children. Sometimes you have to fight to protect your family--- at the voting booth, in a courtroom or even in your own community.
In February of 2013, I served as the Field Organizer in Winston Salem to defeat Amendment One in North Carolina. For 3 months, I worked 12-14 hours a day, 7 days a week. It felt like a personal attack on LGBT families. It felt like an attack on my family. After all, I had also tirelessly worked in my former home state of Florida to defeat a similar amendment in 2008. My wife and I moved to NC in 2011, happy to be migrating to a state known for more diversity and equality than most southern states. After both amendments passed I kept thinking---- the Constitution was supposed to PROTECT our rights, not take them away!
In March of 2013, I found out I was pregnant. We were elated, but also nervous because we knew having a baby in NC would not afford our family equal rights (even though we were legally married since June of 2008 in California.). Once again, we had to fight. I researched laws in the surrounding area. Washington DC passed a law in April 2013 giving equal birth certificate rights to all families whose child was born in DC. Lawyers advised us to take it one step further and obtain a second-parent adoption. They said NC “could”challenge the birth certificate in court. We wanted to make sure we were 100% protected and that NO ONE could take away our family rights. I found an attorney to do the adoption. I found an ob/gyn midwife practice that would take me as a patient at 36 weeks. We did what we had to do.
At 36 weeks pregnant, I quit my job and lived away from home for 5 weeks. Luckily my wife is a professor and was able to get class coverage for the last 3 weeks. We were fortunate and had family to stay with, resources and the means to make it happen. Many people can’t. During my pregnancy, people would ask me where I was having the baby or who my doctor was. When I told them about the trip to DC, people gave varying responses such as “why?”, “are you crazy?” or “how’s that gonna work?” People thought we were out of our minds to even consider this plan. We did what we had to do.
Amendment One was overturned on October 10th, 2014. I will never forget how I felt that day. It being overturned means so much to our family. My wife plans to carry our next child sometime soon. This time- went don’t have to LEAVE OUR HOME to have our baby. We won’t incur as many legal fees or expenses. Our legal marriage means our family will now be treated like all other families- both our names will be listed on our child’s birth certificate. That being said... Full equality is still being worked out as I write this. We maystill have to obtain a step-parent or second-parent adoption if our baby is born in the next year, as courts have yet to rule that a birth certificate is sufficient proof of parenthood for same-sex families. If it sounds confusing, it is. We need an attorney.
Unfortunately, people can still be fired in NC for being LGBTQ, so there is more work to do for full equality--- the fight lives on.
Some day, our children will be old enough and we will explain all of this to them. They will probably be shocked and confused as marriage equality will exist in all 50 states by then. It will probably feel like interracial marriage does to us now. They will wonder why this was even an issue at all. My cousin who we stayed with in DC is 35 weeks pregnant. She recently told me I was “brave” for what I did, as she couldn’t imagine being away from home right now.
I thought of Mildred and Richard Loving who were willing to do “anything” to protect their family in the 1960’s. They were brave. They married in Washington DC in 1958, but upon returning home to VA, were ordered to leave for 25 years. Their marriage violated the Racial Integrity Act of 1924, which prohibited marriage between people classified as “white” and “colored.” Upon relocation to D.C., they had three children and rarely returned to VA. On June 12, 1967, the Supreme Court ruled unanimously this prohibition was unconstitutional, allowing the Lovings and their three children to return home (Loving v. Virginia, 1967).
They left home for 9 years....   And I thought 5 weeks was a long time...
How far would you go to protect your family?