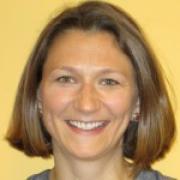 Susanna Birdsong
Share This
Add your voice to the comments

Improvement.  It’s a subjective word, I guess.  Otherwise how does H.B. 4935 get to call itself the Child Tax Credit Improvement Act of 2014?  The House is set to vote on the bill this week, and although it sounds like a winner, for millions of low-income working families it is exactly the opposite.

First, a little background.  The Child Tax Credit  was created in 1997 to help families meet the expenses of raising children.  Since then, it has had a couple of edits (dare I say improvements?) that make it more valuable to lower-income families.  In 2003, the credit value was raised from $500 to $1,000 per eligible child—but millions of working-poor families got little or no benefit from the credit until 2009.  That year, the amount that a family must earn for the refundable portion of the credit to begin to phase in was lowered to $3,000.  The 2009 provision meant that parents could receive 15 cents for every dollar they earn above $3,000 (up to the $1,000 per child limit) as a refund.  For a mother with two children working full-time at the minimum wage and earning $14,500 a year, this boosted the value of the credit from less than $200 to $1,725.

But right now—despite its proven track record of lifting working families with children out of poverty—the 2009 Child Tax Credit improvement is slated to expire in 2017.  If Congress fails to extend it, families with earnings below about $15,000—like our minimum wage earner—would see their credit drop to zero.  A new Center on Budget and Policy Priorities analysis shows that 12 million people—including 6 million children —would be pushed into or deeper into poverty.

The “Child Tax Credit Improvement Act” that will be voted on tomorrow wouldn’t extend this critical improvement for low-income families.  So who would be the big winners under the bill?  Higher-income families.  Families with two kids and an income between $150,000 and $205,000 would become newly eligible for the credit.  In 2018, a family with two children and an income of $160,000 would receive a new tax cut of $2,200.  In addition, the bill would index the $1,000 credit to inflation, so that it doesn’t lose value over time.  This change would provide a small increase in the credit for middle-income families—but it would do nothing for lower-income families who cannot take full advantage of the credit.

Moreover, this so-called “improvement” bill includes a provision that would deny the Child Tax Credit to about 5.5 million currently eligible children of immigrant parents, 4.5 million of whom are U.S. citizens.  A late addition to the bill would require people who claim the refundable Child Tax Credit to file their taxes using a Social Security Number (rather than an IRS-issued Individual Tax Identification Number).  Similar provisions have come up before—and just as then, it is terrible policy.  Immigrant kids are disproportionately represented in working poor families, and disallowing a refundable tax credit that is worth an average of $1,800 to these families hurts their ability to make ends meet, and to make a better life for their children.

As always, it comes down to priorities.  In this case, if the House of Representatives truly wanted to improve the Child Tax Credit, it would prioritize lifting working families out of poverty over offering yet another tax break to wealthier Americans.