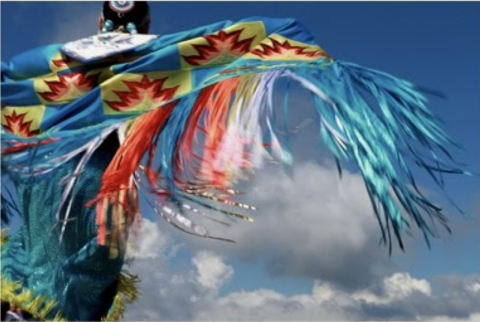 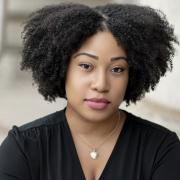 Jacqueline Jackson
Share This
Add your voice to the comments

“By the time of European invasions, Indigenous peoples had occupied and shaped every part of the Americas, established extensive trade networks and roads, and were sustaining their populations by adapting to specific natural environments, but they also adapted nature to suit human needs.” Roxanne Dunbar-Ortiz “An Indigenous Peoples’ History of the United States

November is Native American Heritage Month, a time to honor and celebrate the important contributions that Indigenous peoples have made to the United States. It is important to take time to reflect on the history of native peoples in America while also placing a critical lens upon the settler-colonial past that shapes the foundation of the United States. America has a genocidal and assimilationist past that continues to affect the institutional relationships that create the Native American experience today.

As Roxanne Dunbar-Ortiz notes in the quote above, Native people are the original inhabitants of the North American continent. The land we currently inhabit was home to Indigenous ancestors who faced unprecedented challenges from European colonization. To ignore the true history of this country’s founding is to unintentionally participate in the erasure of Indigenous people, culture, and heritage. It is for this reason and many others that a growing number of individuals have begun to participate in land acknowledgments to say the names of the original landholders of their present locations.

According to Native-Land.ca as a current resident of Georgia, I’m on the land of the Muscogee Creek Nation in the South which is also home to the Poarch Band of Creek Indians. Many of us at MomsRising are on the land of Seminole, Tongva, and Kizh people. As allies, we hope to know more about them and their experience with colonialism not just to acknowledge their presence but to honor our responsibility to unlearn the sensationalized history of the United States while becoming more informed on how to support Indigenous people today.

According to the National Congress of American Indians, there are currently 574 federally recognized nations in the United States that operate independently in order to maintain their culture and identity. These nations are located within states throughout the country and focus their efforts on cultivating nations within the nation of the U.S. that operate in support of native interest and future goals. However, their goals are increasingly difficult to be obtained as the economic and social life of natives continues to struggle.

In recent years we’ve become more aware of the historical issues that affect the Native American community. From protests of Columbus Day to Mascots riddled with racism, discrimination, and the Dakota Access Pipeline we’ve gained a newfound awareness of how the United States’ colonial and racist past remains a historic fabric in the institutions of sports and government. However, there are many other issues that directly affect the Native American community.

Last year as the country erupted in protest after the killings of George Floyd and Brehonna Taylor the Black Lives Matter movement resurged with new energy and direction on policing in the United States. These same issues of militarization of police, the need for better community services, and further economic support are all issues that directly affect the indigenous community.

Today the Native community struggles with unemployment, exploitation of natural resources, violence against women and children, and a poor education and healthcare system. It is evident that there must be a continued effort to support Native organizations that push for societal progress such as the American Indian Policy Center, the National Indian Child Care Association, the Native American Financial Official Association, and the Native American Disability Law Center amongst dozens of others.

For this Native American Heritage Month, we are committed to expanding our cultural knowledge of Native American history, culture, and the ongoing issues that directly affect the lives of Indigenous people in the United States. We hope that you will join us in recognizing that Indigenous people are a part of the fabric of the United States and their rich cultural history and lives are under constant threat of discrimination and violence that must be stopped through an increased effort in ally partnership for not just Native American Heritage Month but daily and years to come.

Acknowledge the ancestors of the land

Acknowledge our need to individually and collectively grow into better allies

Want to learn or do more? Visit the Native American Heritage Month website for events this month.

Voter postcards are BACK!!! September MOMentum inside