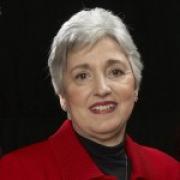 Eleanor Smeal
Share This
Add your voice to the comments

Welcome to the fifth #HERvotes blog carnival on the need to keep strong the laws and public policies to end sex discrimination and sexual harassment in schools and at the workplace.   The HERvotes, a multi-organizational campaign

launched in August 2011, advocates women must use our voices and votes to stop the attacks on the Women’s movement’s major advances at risk in the next election.  We are very excited HERvotes is reaching a growing list of member groups and organizations and millions of people.

While HERvotes called attention in early November to the dangerous personhood state constitutional amendment on the Mississippi ballot, sexual harassment emerged as an issue in the presidential primaries and the horrific sexual assault of children at Penn State by a former football coach captured the nation’s headlines. (The Mississippi ballot measure was defeated 58-42%.).  Today a member organization of HERvotes, the American Association of University Women, is releasing an historic report on the high levels of sexual harassment in our nation’s schools.

Title VII of the Civil Rights Act of 1964 protects people in the workplace from sex discrimination and Title IX of the Educational Amendments Act of 1972 protects students, teachers, professors and staff in all educational institutions receiving federal funding from sex discrimination.  Sexual harassment has been ruled decisively by courts as a form of sex discrimination.  Both federal laws, major advances of the Women’s movement, are under attack by members of Congress who seek to gut such protections or by Supreme Court decisions that have weakened them.  The Supreme Court has ruled, in various cases, to weaken or even gut the protections of both VII and/or Title IX.  Congress has had to restore the Acts once weakened or gutted.  Still several members of the Court have ruled to weaken the Acts.

Of course rape and sexual assault are criminal felonies. Too often workplace and educational cultures do not treat seriously sexual harassment and discrimination.  In so doing   hostile climates for women, children, and men are created signaling to predators that the institution is permissive. What starts as sexual harassment, in and of itself a violation of federal law, can and does escalate.

We must keep Title VII and Title IX strong.  We have a right to know where policymakers stand on these issues.

How to join the fight:

*You can share the posts below on Twitter –#HERvotes and Facebook. If we spread the word far enough we can make sure Title VII and Title IX are enforced.

* You can ask where candidates and/or policymakers stand on issues of Title IX, Tile VII, and sexual harassment in the workplace and in educational institutions.

The blog posts below share more reasons why we need to take action now.  Happy reading and thanks for joining the fight to end Sexual Harassment.

Preparing America's Future Workforce: Harassment and Bullying in Schools and How We Can Stop It, Devi Rao, National Women's Law Center

Why Are You In Such a Bad Mood? #MenCallMeThings Responds!, Sady Doyle, Tiger Beatdown
It's more than pulled pigtails, Tracy Clark-Flory, Salon.com