Here's Why A Border Wall Won't Work: An Engineer's Perspective 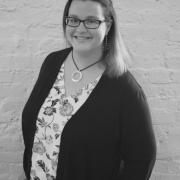 Amy Patrick, PE
Share This
Add your voice to the comments

I’m Amy Patrick. I’m a licensed structural and civil engineer. I hold a BS in civil engineering from Rice University in Houston, with an MS in structural engineering the University of Illinois at Urbana-Champaign. I have over a decade of experience on high-performance projects, and particularly of cleaning up design disasters where the factors weren’t properly accounted for, and currently work as a Consultant at Apollo BBC, a forensic engineering firm based in Houston, Texas. I’m also an adjunct professor of structural analysis and design at the University of Houston - Downtown. I have previously been deposed as an expert witness in matters regarding proper construction of walls and the various factors associated therein, and my testimony has passed Daubert.

Am I a wall expert? I am. I am literally a court-accepted expert on walls.

Here’s my take on the border wall proposal: Structurally and civil engineering-wise, the border wall is not a feasible project. Trump did not hire engineers to design the thing. He solicited bids from contractors, not engineers. This means it’s not been designed by professionals. It’s a disaster of numerous types waiting to happen.

1) It will mess with our ability to drain land in flash flooding. Anything impeding the ability of water to get where it needs to go (doesn’t matter if there are holes in the wall or whatever) is going to dramatically increase the risk of flooding. I don’t care if the wall is just slats, or if it has holes in it… A basic principle of hydrology is that ANYTHING reducing the cross-sectional area where water is allowed to flow is going to cause flooding upstream. It’s just a basic engineering fact.

3) The prototypes they came up with are nearly impossible to build on any kind of slope or don’t actually do the job. This article explains more: https://www.engineering.com/BIM/ArticleID/17599/Writing-on-the-Wall-Report-Suggests-Border-Project-Is-Off-Track-and-Over-Budget.aspx

Since my first Facebook post (now shared 132k times), I’ve heard that people are assuming that I'm saying the structural designs haven't been reviewed by engineers, when in all likelihood, they've been reviewed by the Army Corps of Engineers (however, I’ve been contacted by recently-retired ACoE engineers who’ve corroborated everything I’ve said). The prototype mockups have been reviewed by the Army Corps “for cost and constructability.” However, I've looked at the designs and crunched a few back-of-the-envelope numbers... I'm not seeing foundations in the construction photos that are nearly deep enough to withstand 1) a breach attempt, or 2) the types of winds that will be seen in the terrain they're looking to put these things in. Reports of instability in the prototype breach attempt documents corroborate this hypothesis. (And it is still a relatively uncorroborated hypothesis.)

But anyhow, that's not what I'm talking about. The prototype itself is one issue. The more major issue that I'm talking about is the fact that there are going to be complicating factors in the design in unique situations and locations that are not accounted for in the cost estimates, and I am further saying that absolutely nobody has looked at the *civil engineering* design for it (which nobody HAS, as they haven't determined the routing yet), not the *structural engineering* design. Getting estimates at this phase is putting the cart before a horse that hasn't been born yet.

The estimates provided for the cost are arrived at unreasonably. You can look for yourself at the two-year-old estimate that you see everyone citing.

It does not account for rework, complexities beyond the prototype design, factors to prevent flood and environmental hazard creation, engineering redesign... It’s going to be higher than $50bn. The contractors will hit the government with near CONSTANT change orders. “Cost overrun” will be the name of the game. It will not be completed in Trump’s lifetime.

I’m a structural forensicist, which means I’m called in when things go wrong. This is a project that WILL go wrong. When projects go wrong, the original cost and time estimates are just *obliterated*. And when that happens, good luck getting it fixed, because there aren’t that many forensicists out there to right the ship, particularly not that are willing to work on a border wall project— a large quotient of us are immigrants, and besides, we can’t afford to bid on jobs that are this political. We’re small firms, and we’re already busy, and we don’t gamble our reputations on political footballs. So you’d end up with a revolving door of less-than-qualified contractors making a giant, uncoordinated muddle of things, and it’d generally be a mess. Good money after bad. The GAO agrees with me.

And it won’t be effective. I could, right now, purchase a 32 foot extension ladder and weld a cheap custom saddle for the top of the proposed wall so that I can get over it. As we now know from the story broken by NBC a few weeks ago, anybody with a generator and an angle-grinder could punch a hole in the design favored by President Trump. Tunnels have already been dug under existing stretches of the border wall; the prototypes aren’t required to extend beneath six feet. I don’t know who they talked to about the wall design and its efficacy, but it sure as heck wasn’t anybody with any engineering imagination.

Another thing: we are not far from the day where inexpensive drones will be able to pick up and carry someone. This will happen in the next ten years, and it’s folly to think that the coyotes who ferry people over the border won’t purchase or create them. They fly low enough to quickly zip people over any wall we could build undetected with our current monitoring setup.

Let’s have border security, by all means, but let’s be smart about it. This is not smart. It’s not effective. It’s NOT cheap. The returns will be diminishing as technology advances, too. This is an outdated idea that will never be successfully executed and, as such, would be a monumental waste of taxpayer money.