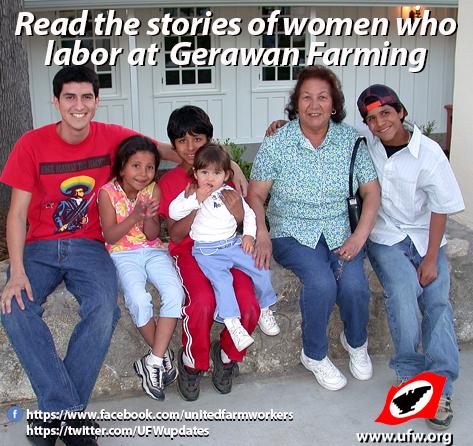 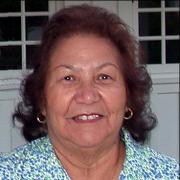 Helen F. Chavez
Share This
Add your voice to the comments

When my husband, Cesar Chavez, and I helped begin the United Farm Workers in 1962, it was clear that the union was equally for women and men. So what better time than Mother’s Day to remember the women and mothers the UFW is still fighting for. Nowhere do women farm workers need more protection than at Gerawan Farming. This is a giant company with 5,000 workers. It grows grapes and tree fruit in Fresno County, and sells under its Prima label.

Please listen to these stories from women workers at Gerawan. 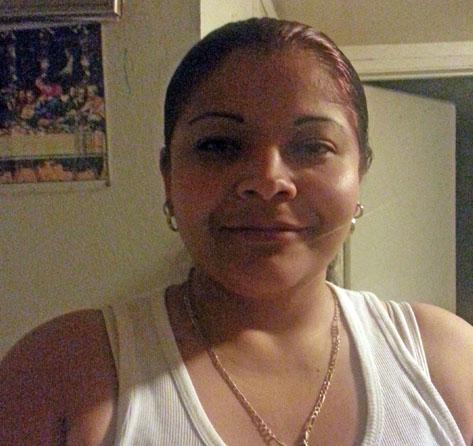 Gerawan sprayed the grape fields with chemicals at 5:40 a.m. We went to work at 6 a.m. At 7 a.m. I felt a burning on my neck. Then I felt sulfur all over my body. My eyes were very red and watery. When we left work I went to pick up my daughter who was 11 months old. I took her to the doctor that evening because she got bumps and rashes on her body. The doctor told me it was because of the chemicals that someone brought home. 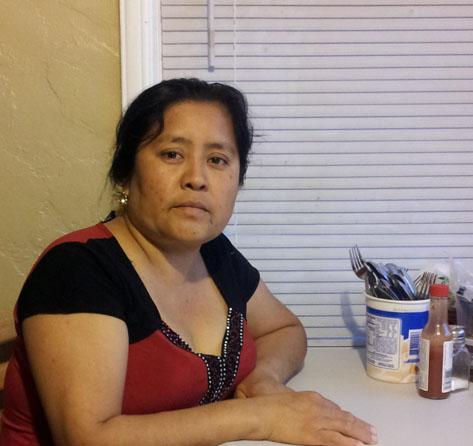 We were working very fast in the grapevines and didn’t have time to look down. I fell into a gopher hole, fell to the ground. They notified the foreman. He did not pay me any attention. He did not ask about my foot or my hand. My hand swelled up. A coworker tied a handkerchief around my hand and that is how I worked all day, with one hand. 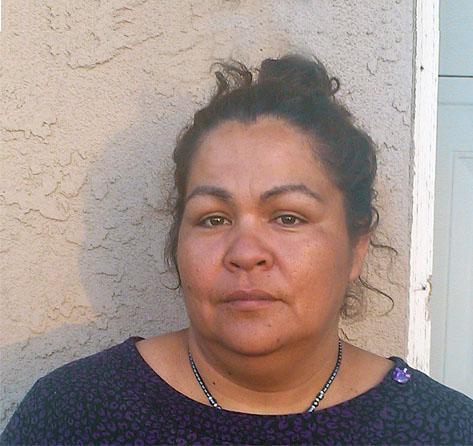 [In] 2013, they put the ticket man to review all of us employees. Once, I was very thirsty and I asked if there was any water available. He saw that it was very far away from us so then [he] was inspecting the supervisors that day also he scolded the supervisor. The next day the supervisor came to me and asked me why I had reported her and the lack of water, that if I wanted the company to fire her. And I told her if the problem was that I asked for water, I would not ask for water again. I felt very frustrated because now I didn’t even have the liberty to ask for water. Now I am afraid that for next season I will not be recalled to work since she is accustomed to doing what she wants with her crew. 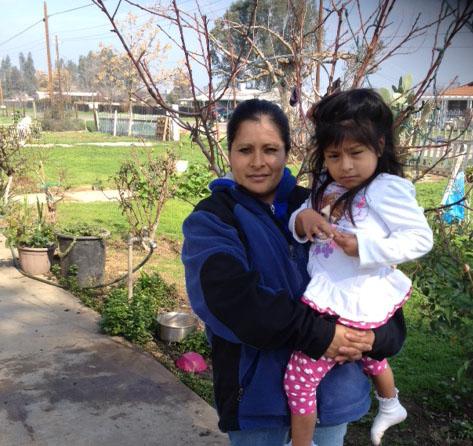 I’ve worked at the company la Prima for 10 years picking peaches and grape. I’m a mother of 4 children and my work helps with my household costs. At this company we’ve had many issues and injustices. We receive warnings for one rotten grape and even get suspended for 1 or 2 days. This is the reason it is so important for us that our contract be implemented. 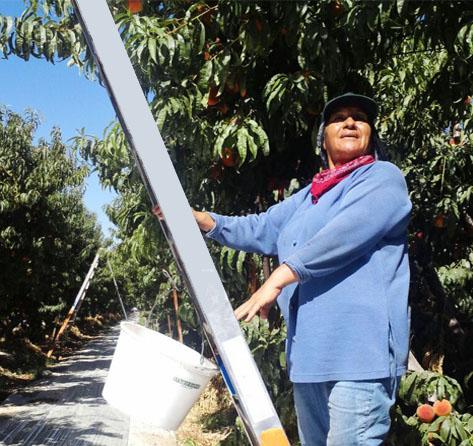 During the picking of the peach we used very large ladders and we had to move them in the rows, go up and down the ladder while carrying two buckets full of fruit. The worst part of this was the men that were like two rows away from me were picking at $11.00 dollars an hour and I was doing the same work and getting paid $9.00 dollars an hour…. As a woman and a single mother I’ve felt my life has been very hard what else can I do, but continue suffering and working because if I don’t who will support me? I’m making this information public because Mother’s Day is near and I want the world to know how much a woman suffers and also a farm worker mother here in the San Joaquin Valley. 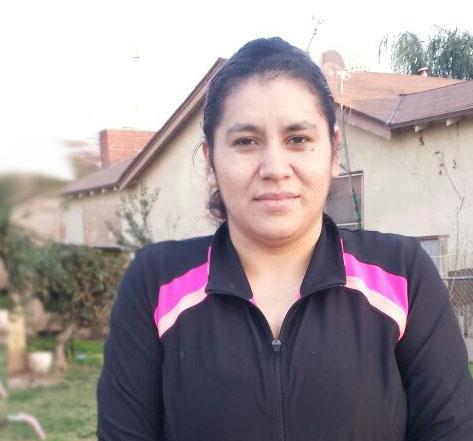 I’m a mother of 5 children. I’ve endured abuse and humiliation because of the necessity to work for my children. ... I feel the support of the United Farm Workers and I know things will change with their help at the company. There will be better treatment [and] no more abuse or favoritism. But most of all we will be given the respect we deserve as farm workers.

Much has changed for the better for farm workers because of the work my husband and the others began over five decades ago. But much more work needs to be done. So on Mother’s Day, please remember these women workers and mothers at Gerawan Farming, and how the UFW continues to fight for them. You can find more about their campaign and sign up for the UFW’s listserve at www.ufw.org/gerawan.

Helen F. Chavez, 85, still lives in the modest wood-frame house she shared with her husband at what is now the Cesar E. Chavez National Monument at La Paz in Keene, Calif.