Happy International Women’s Day! A Blog Carnival Calling All Women to Send a Message of Strength 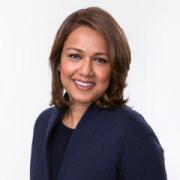 Anika Rahman
Share This
Add your voice to the comments

Happy International Women’s Day, and welcome to the first #callingallwomen blog carnival. This March – Women’s History Month – 25 women’s funds from across the U.S. are uniting to promote solutions to the critical issues that women face.

Against the backdrop of an intensified war on women, the “Calling All Women: Send a Message of Strength” campaign is raising awareness of the inequality that exists and highlighting the change that women’s organizations are advancing in communities around the country. The campaign is encouraging women to “Sound Off” about the issues that matter most in their lives.

As this video demonstrates, equality for women has not yet been fully realized in 2012. With women still earning only 77 percent of men’s pay – and disparities in access to health care and education pervasive, we cannot afford to take any steps backward. Yet, some politicians are openly supporting a reversal of women’s rights – from attempts to deny us access to contraception to deeming us unfit for military combat.

The Calling All Women campaign is spreading the message far and wide that women must harness our collective power for change. Together we can support creative solutions to injustice. We can transform the lives of women, families and communities nationwide.

Help us spread the word! Watch and share the video on our campaign’s website, and tell us which issue is most pressing in your life on our “Sound Off” blog. You can also help amplify our voices by following us and sharing posts on Twitter (#callingallwomen). And support Ms. Foundation for Women's campaign by texting WOMEN to 50555 to donate $10 to fund women’s programs.

Our blog carnival features women’s personal experiences with inequality – and their optimism for a brighter future. Read more below about the positive change happening in your community, and mine.