Roger Baldwin
Share This
Add your voice to the comments

Today is the 50th anniversary of the Equal Pay Act. On June 10, 1963, Congress enacted the first law to require employers to pay women the same salaries that they pay men. When the law was enacted, I was not quite one month old. 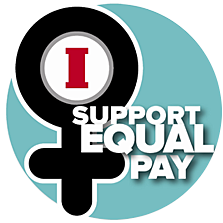 My mother fought for passage of the EPA. She brought me, her newborn baby, to a march on Washington to demand equal pay for women. My childhood was permeated with debates about "Women's Lib." Although she, like my father, was a university professor, prior to passage of the EPA, Columbia University could pay her less than it paid my dad, simply because she was a woman. Passage of the Equal Pay Act was the first major victory of the "second wave" women's movement. 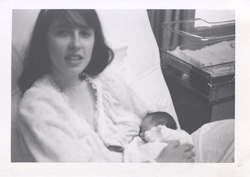 Unfortunately, the promise of equality the EPA represented continues to remain elusive. Although equal pay has been the law of the land for 50 years, women, on average, still earn only 77 cents for every dollar earned by men. This is a mere 18 cents increase from the green 59 cents pins I remember wearing as a child, during those wonderful marches on Washington I attended almost annually with my family, demanding equal pay for women and other civil rights.

To address the myriad factors that contribute to the gender wage gap, today the ACLU, along with 15 other national and state-based women's rights organizations, is launching the Equal Pay Today! campaign - an effort aimed at achieving women's equal pay by reforming policies and practices at the state and federal level that contribute to the gender wage gap. This exciting campaign will, for the first time since the Second Wave Women's Movement of the 1960s and ‘70s, bring together the leading women's rights organizations throughout the U.S. in a collaborative effort to jointly work to close the gender wage gap through state and federal policy reform and litigation. Today, we are sending letters to the governors of every state in the country asking them to stand with us and support women's equal pay. Specifically, we're asking all 50 governors to pledge to work with their state legislatures to enact necessary legislation and with their executive branch agencies to enforce extant laws in order to finally close the gender wage gap. In addition, through litigation, we hope that courts around the country, including the U.S. Supreme Court, will issue decisions recognizing the many factors that contribute to the gender wage gap such as employers' refusal to provide minor job modifications for pregnant women.

Numerous forces contribute to the persistent gender wage gap. Women working in the same job as men continue to be paid less and, due to salary secrecy policies, they - like Lilly Ledbetter – often remain unaware of this disparity. Occupational segregation keeps women out of male-dominated industries, and jobs held primarily by women, such as domestic work, remain at the bottom of the salary scale, often without basic labor protections such as a livable minimum wage and overtime compensation. Finally, women's presumed or actual primary responsibility for family caretaking often results in pregnancy discrimination, discrimination against nursing moms, and discrimination against employees who need flexible work schedules in order to take care of young children or elderly parents - all of which contribute to the ongoing gender wage gap.

We hope that New York State may lead the way in finally closing the gender wage gap. On June 4th, a coalition of several hundred organizations rallied in Albany, emceed by Donna Lieberman, the Executive Director of the NYCLU, in support of the New York Women's Equality Act—a package of legislation spearheaded by Governor Cuomo that includes critical protections to achieve pay equity, end family status discrimination, and stop pregnancy discrimination once and for all.

As my ten-year-old daughter, Izzy, and I listened to coverage of the rally on NPR, she commented, "I don't understand why employers wouldn't pay women the same salaries they pay men." I had a difficult time answering her. There really is no good reason - and for 50 years the law has said this is illegal. Hopefully, the New York Legislature will pass the Women's Equality Act, and other governors will follow Cuomo's lead and develop comprehensive bills that will end the gender wage gap in their states. 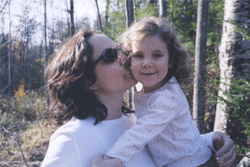 Lenora Lapidus and her daughter, Izzy

These state-based efforts will complement the ACLU's advocacy in support of the federal Paycheck Fairness Act. Due to loopholes in theEqual Pay Act, many factors that contribute to the gender pay gap go uncorrected. Such loopholes need to be closed, and the federal Paycheck Fairness Act would do just that. However, in case you haven't noticed, not many laws are getting passed in DC these days, and I'm getting tired of waiting.

I don't want Izzy to grow up and still be fighting for equal pay when her daughter turns 10. 50 years after the enactment of the EPA, I think we've had enough of not enough. We demand Equal Pay Today!