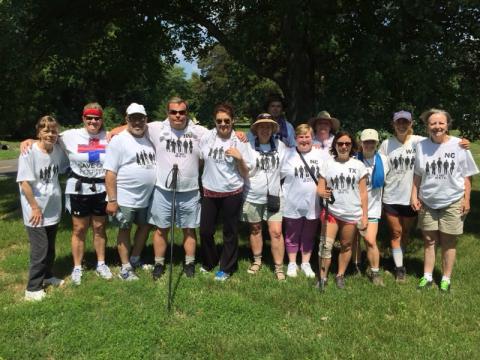 Walking the George Washington parkway along the Potomac. 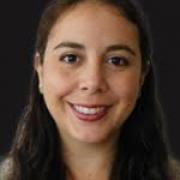 Laura Guerra-Cardus
Share This
Add your voice to the comments

I joined The Walk NC to DC because I was frustrated. Despite being in the midst of a health care crisis with more than one million uninsured Texans in the coverage gap and hospital systems under enormous strain, the Texas legislature did not even discuss Medicaid expansion during its last legislative session. 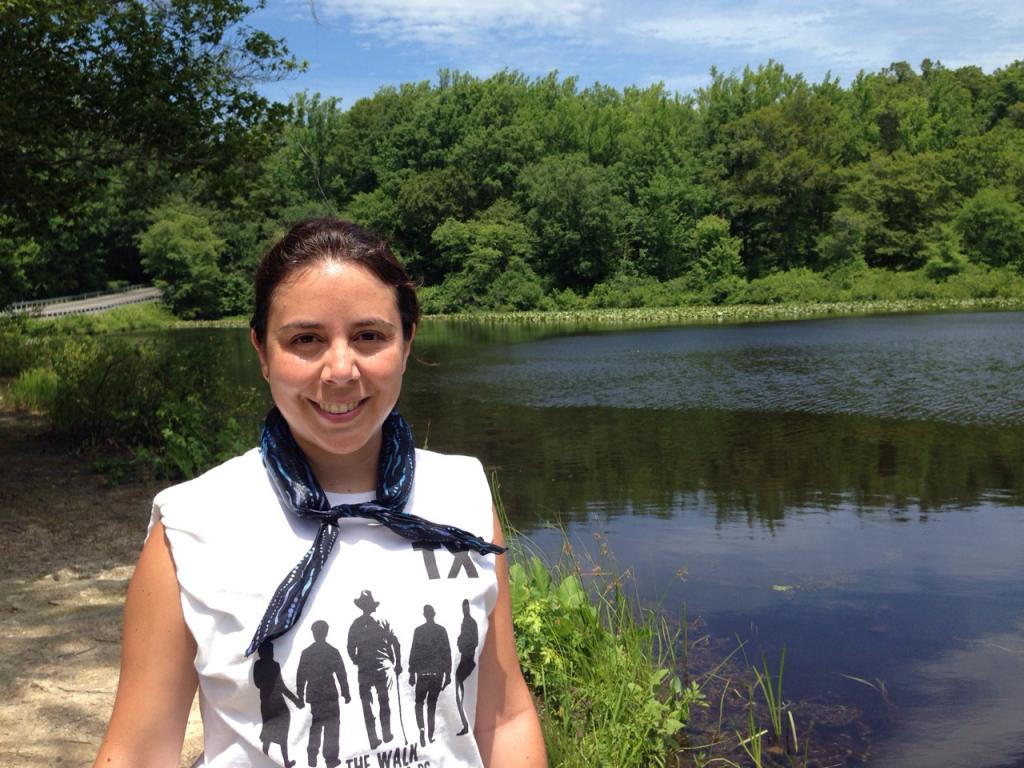 The Walk is a 283 mile public outcry for the 283 rural hospitals at risk of closing across the country. We walk in the memory of those that have needlessly died. We are putting one (sore) foot in front of another to tell policymakers that denying people health care is a moral issue and we are in the midst of a moral crisis.

This walk is not something I have done before and might, frankly, sound like a crazy thing to do to a lot of people. But, after watching the movie Selma, I felt inspired to be part of a movement that demonstrated - through physical representation - the will of the people, the injustice of the societal norm, and the demand and hope for a better future. So here I am, along with 15 other dedicated walkers, including five wonderful Texans from Shelby, Cameron and Travis counties. 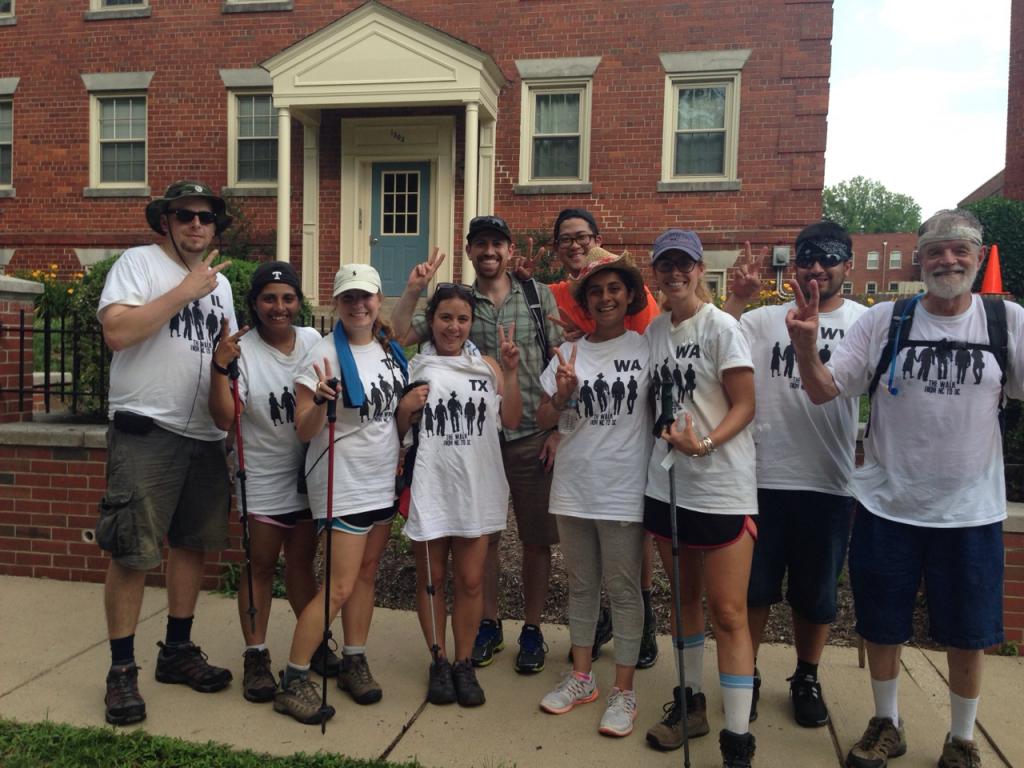 Texas has the highest number of uninsured individuals in the U.S. and one of the highest rates of rural hospital closures over the last two years. Stories surface daily of low-income workers who have been left uninsured because Texas law-makers chose to reject federal funds that would have provided them coverage. I personally know of three Texans afflicted with cancer who did not have sufficient access to care. One missed two years of preventive check-ups that would have detected a generally curable cancer—she is now dealing with the aftermath of a metastatic cancer. Another is desperately seeking treatment right now. And the last is now deceased, unable to secure the down payment for a doctor to perform needed surgery.

I’m walking because we can’t forget that, if not for health insurance, none of us would be able to afford the cost of treatment during a medical crisis. Denying individuals health care coverage, just because they are part of the working poor, is equivalent to telling them that their life does not matter.

Medicaid funding is critical not only to the uninsured but also to hospitals. In states like Texas that have refused to close the coverage gap, the impact has been significant. Rural hospitals are closing at an alarming rate and stories are now beginning to surface of rural Americans receiving the same message - their health and life do not matter.  “We are Americans too,” and “Rural hospitals are just as important as urban ones,” are common phrases as we make the walk from Belhaven, NC – the site of one of the first rural hospital closures – to D.C.

I have learned so much from my fellow walkers.

Lauren Jackson from Shelby County, Texas taught me about the real difficulty in making rural health care systems function. One of the main issues is the large number of uninsured individuals in rural communities. It is very difficult for hospitals and ambulance companies that serve high numbers of uninsured to make enough money to stay open.

Conversations with Larry Cox from the Kairos Center and former Executive Director of Amnesty International USA made me wonder if we have gotten too comfortable in the day-to-day workings of non-profits and are missing the mark on the need to organize real human movements for justice that cut across issues. The cornerstone of the Kairos Center is the Poverty Initiative whose mission is to raise up generations of religious and community leaders dedicated to building a social movement to end poverty, led by the poor themselves.

Local farmers like 78 year old Lloyd Jones Junior and his wife Mary who hold many conservative political viewpoints taught me that it is possible to come together to address human issues of injustice regardless of political affiliation.

The undertones of the civil rights movement are present as we walk with Bob Zellner, legendary civil rights activist, Reverend Barber of the Moral Mondays movement, and the inspirational Bishop Dr. George Jackson of North Carolina. All my fellow walkers are smart, passionate individuals that give me hope that the kind of stand for justice that was done in the 1950’s and 60’s is still possible today.

I joined The Walk because I was frustrated by political inaction. But now, I walk in hope that a new moral movement is possible and beginning to take hold. 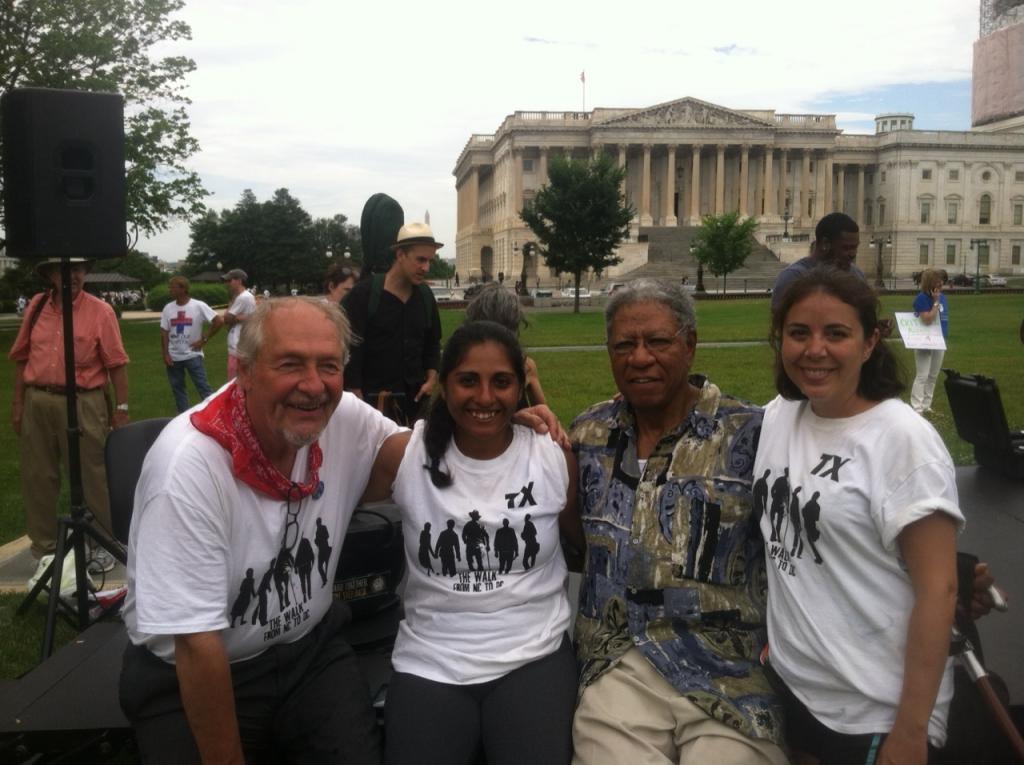