Give Americans a reason to be thankful: A Congress that listens 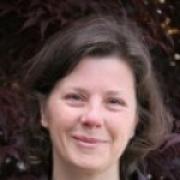 This Thanksgiving, Congress should set aside dysfunction and the austerity mindset and give the American people a reason to be thankful: a federal spending and revenue plan that takes our best interests to heart.

In calling for the release of top-line budget numbers prior to Thanksgiving recess, members of the House Appropriations Committee noted that there could be “extremely damaging repercussions” if the budget conference committee fails to reach a deal by the agreed-upon December 13 deadline.[1]

It’s clear that federal budget debates are no longer for the faint of heart. What’s less clear is whether they have become the terrain of the terminally insane or the terminally hopeful. In this season of Thanksgiving, I must remain hopeful that Congress can and will do the right thi

Yet, as we barrel towards the December 13 deadline, maintaining hope can be difficult. Past Congress-made budget collisions and the recent 16-day government shutdown provoke a certain amount of healthy skepticism. After all, our nation is locked in the very definition of insanity – expecting a polarized Congress to pass a sound budget blueprint on time, despite experience to the contrary.

That’s why merely hoping isn’t enough. People’s lives are at stake. It’s high time we gave the House and Senate a big push in the right direction. The American people have made our priorities known, and Congress should pay attention. Here are the top four items on Americans’ agenda:

National polls routinely indicate that Americans want Social Security strengthened, with 82 percent choosing to preserve Social Security benefits even if it means raising taxes.[2] Simple changes to the program would ensure its robust longevity. For example, lawmakers could raise the taxable maximum income so a larger portion of wages are subject to Social Security taxes, instead of wages only up to $113,700.

When asked to name the most important issue facing the country, Americans routinely point to the U.S. health care system and its high cost. Medicare is pilot-testing cost saving innovations such as “bundled payments” in which doctors are paid for their overall care of a patient rather than each test and procedure.[3] Federal lawmakers can press forward with this and other smart structural changes mindful of that fact that a full 88 percent of Americans say it’s very important to preserve the long-term stability of Medicare.[4]

When it comes to the Pentagon, most Americans favor cuts.[5] A bipartisan group of military experts found that waste in the Pentagon budget could be cut by $1 trillion over 10 years without sacrificing security.[6] The easiest first snip is the F-35 Joint Strike Fighter. This year, the government spent more than twice as much on this ineffective Cold War relic than it did on all federal programs to address climate change and protect America’s water supply combined.

A full 65 percent of Americans want corporations and the wealthiest two percent to pay more in taxes.[7] Our current tax code is an opaque labyrinth packed with hundreds of costly tax breaks that disproportionately benefit the wealthy. Lawmakers can close or modify these loopholes, including the hugely unpopular break that allows corporations to defer paying taxes on offshore profits, or the capital gains tax break which overwhelmingly benefits top earners.

In 2013, offshoring corporate profits cost the U.S. Treasury $42 billion in revenue. That’s five times as much as the total cost of the early childhood program, Head Start. The capital gains tax break cost a whopping $83 billion, or more than the entire food stamp program.[8]

At a minimum, Congress should fulfill its responsibility to listen to what Americans want on these top four issues, with a focus on both spending and revenue, instead of succumbing to partisan gridlock. Lawmakers are elected to broker our government’s business in the best interest of the American people – all of the people. We are major stakeholders and deserve a far-reaching federal budget equal to the promise of this great nation. We should accept nothing less.

Recent reports on behind-the-scenes budget conference committee negotiations indicate that participants feel there is only a 50/50 chance of reaching a deal by the December 13 deadline.[9] Given how clear Americans are about our priorities for the nation’s budget, it’s unconscionable that our lawmakers are unable to come to similarly solid agreements.

I urge every American to act on your constitutional right and responsibility, and demand that the budget committee not only meet the agreed-upon deadline, but that it also deliver a budget which resembles the sound priorities of the American people.

Now that would give us all good reason to celebrate on November 28.

The GOP wants to cut off unemployment! TAKE ACTION NOW!