Generation Zero—Why Millennials, And All of Us, Need Family-Friendly Laws 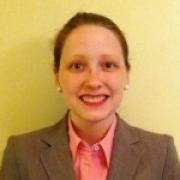 Elizabeth Gedmark
Share This
Add your voice to the comments

A survey of recent University of Pennsylvania Wharton School graduates reveals that many young adults are planning to solve the work/family crunch by removing family from the equation. Only 42% of the undergraduate class of 2012 plans to have children, compared to 78% of the class of 1992, according to research by Stewart Friedman, author of the new book, “Baby Bust.”

Of course, this is only one privileged subset of the population. However, the overall American birthrate has recently declined as well to below the replacement rate (although it now appears to be stabilizing). Friedman reports that “[c]ompetition in the labor market has escalated, and we found that our Millennials feel pressure to conform to a narrow set of career paths. Being a parent is still very important for most young people, but many just don’t see how they can manage it, so they are planning lives without children.”

Students anticipate work/family conflict partially because of an increase in the number of hours at the office required by their future careers. As one woman in the Class of 2012 said, “I wonder if it’s worth having kids when you aren’t there to raise them.” Friedman confirms, “…for these savvy young women, it’s understood that there will be conflict between work and family; to them, the conflict is a given, like air and water…” High student debt also plays a role—students recognize the high cost of raising children these days.

If university graduates cannot imagine how to balance work and family, just think how strenuous the process must be for their low-income counterparts living paycheck to paycheck. Given that the United States is one of only a handful of countries in the entire world that does not offer paid maternity leave, it’s not surprising that American workers are simply opting out of parenting all together. Inflexible jobs with poor work/family policies are simply the norm.

A generation-wide baby embargo can be dangerous for all of us. Societies need younger workers to support older workers who, generally speaking, require more social services. Japan, for example, has seen its population gray and is facing a looming economic crisis as a result. Birth rates have been used to argue for family-friendly laws and policies in other countries, but the U.S. has thus far been immune because our fertility rate has remained robust. Now, given the rate at which Baby Boomers are retiring along with other factors, people in America may have reason to worry as well. One economist quoted in Friedman’s book, Chris Christopher, noted that our low birthrate may become the “new normal” if student debt continues to rise. Anne Weisberg, former Director of Diversity and Inclusion at BlackRock, has written about this and called for public policy solutions, like passage of the Pregnant Workers Fairness Act, which would ensure that pregnant workers are not pushed out of their jobs when they need simple modifications in order to stay healthy and employed. Other work/family policies we advance at A Better Balance, like paid family leave, paid sick days, and greater access to workplace flexibility, would also support workers across the income spectrum.

If over the course of a single generation, the number of young adults who want to have children is cut in half, what does that say about us as a society? It shows we do not prioritize having families, despite all the “family values” talk. Even if demographics don’t predict that we will be the next Japan, there is still a need to promote fair policies for parents. Childrearing should be manageable not just for those willing and able to opt-out of the workforce (an increasingly shrinking population)—we have a duty from a moral and economic standpoint to workers, and their children, to promote better work/family policies for all.