From Trail of Dreams to Full Equality 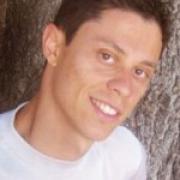 Felipe Sousa-Rodriguez
Share This
Add your voice to the comments

For four months in 2010, I woke up around 6 a.m., ate breakfast, tied my shoes, and headed out the door down a long road to liberation as I walked through the Southeast. Although many doubted our ability to complete the 1,500-mile trek from Miami to Washington, D.C. we held our heads high, despite the fact that we were undocumented students in a nation where unjust laws make our existence unauthorized. We felt, as Dr. Martin Luther King, Jr. once did that, “Today the choice is no longer between violence and nonviolence. It is between nonviolence or nonexistence.”

I never would have never imagined being part of the Trail of DREAMs, a non-violent campaign for the liberation of unauthorized immigrants. After being involved in the struggle for social justice, I see the Trail of DREAMs as a major milestone in my transformation and empowerment as a leader. This process began after my high school graduation, as I was not allowed to continue my education because of my immigration status. Having grown up in extreme poverty in Brazil, I felt trapped again by an unfair system that would not allow me to fully develop.

The Trail of DREAMs was a loud cry for justice, but on a more personal level it has been an affirmation of my identity. I am a son, forced to succumb to the reality of only contacting my mother on the opposite end of a phone. I am a man who dreams of one day being considered equal in the eyes of society next to my partner -- the wonderful man I fear being separated from at any moment, when all I want is to spend the rest of my life with him. I am a student, yearning to surpass the ultimate scholarly test of proving himself as a teacher. I am a human being -- I also bleed red. I am a DREAMER -- and I believe that every human being deserves a fair chance at a future. I am a fighter -- who dares to overcome whatever obstacles necessary to ensure equality.

We witnessed outrageous abuses against our fellow immigrants along the trail. We met a mother of four who had more than $4,000 in wages stolen from her. We met a man who was a victim of a hate crime in north Florida and still faced the threat of deportation while he lay in a coma. We saw the tears of an eleven-year-old boy as he pleaded for the current administration to give his father, who was in deportation proceedings, a chance. However, we also saw incredible displays of solidarity as we stood side by side with the African-American community as part of an anti-racism counter-demonstration to a KKK rally. Though we saw the ugly face of hate at different moments of the walk, it was outweighed by love.

Back in the end of 2009, the immigrant rights movement had become stagnant, so we took the initiative to awaken what the media classified as “the sleeping giant.” We represent 12 million people living the American nightmare. We are forgotten in the margins of society, used, detained, and then returned as damaged goods to our country of origin. By working in the movement for social change, I have learned that our lives are more precious than political posturing. This is why I won’t give up my dream for true equality for immigrants and LGBTQ people; we simply want the same rights and responsibility bestowed on our friends, neighbors, co-workers, etc.