For Esmin, What's At Stake with Health Care Reform 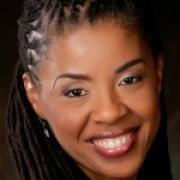 Every once in awhile, history sneaks up on us. In movements past, the sting of injustice couldn’t be more clear. Bold acts of violence interspersed within wide-ranging systems of injustice, made the steady march towards civil rights an obvious moral imperative in need of correction. Yet, somehow, the invisibility of human suffering replicated in the lives of millions of families across this nation has served as a silent catastrophe, perhaps perceived as a deserved fate in a nation that has consistently valued individual “rights” over collective responsibility. Yet, as we near the end-game in our latest tumultuous fight for health care reform, it is this nation’s obstructionists who have defined the parameters of the debate, demonstrated in the streets, and flooded the airwaves with lies and distortions, falling back on America’s age-old tradition of utilizing fear in order to stand in the way of change.

Perhaps more than any other, women need to be in this fight. Even beyond our history of pushing this nation towards a moral compass, the reality is, far too many of us fail to receive the health care we need. I remember watching in horror images from an emergency room surveillance camera that captured for the world to see, the tragic death of a 49 year-old Black woman who collapsed, convulsed, and died on the emergency room floor while waiting for the care she desperately needed. That image has haunted me. I wanted to learn more about this woman and in some way, honor her humanity even if that honor, for her, comes much too late.

Her name was Esmin Green. She was a church-going woman and a hard-working Jamaican immigrant. On that fateful day, Esmin sat alone. She waited patiently, for nearly an astounding 24 hours, in search of the health care she desperately needed—care that tragically, never came.

No one deserves the demise that Esmin faced, her last moments completely devoid of dignity. In a nation of such abundance, how could this be? Did she, like millions of others, put off seeking medical treatment until the very end because she lacked insurance that could have provided her access to preventative care? Had she been waiting for nearly an entire day to be seen by a physician due to the typical overcrowding we all have come to expect and accept in emergency rooms due to this nation’s standard practice of denying care to millions who must then utilize the ER as their only source of primary care? If that is indeed the case, do we all, to some extent, bare some level of responsibility for Esmin’s sad demise if for no other reason than our complicit acceptance of this long-standing lack of basic human rights in a nation that claims to lead the world in moral standing?

I know the health care legislation that will come up for a vote this Sunday does not include everything that many, including me, believe all those hard-working Esmins out there deserve. But I will not cross my arms, turn my back, and march away from this fight like some spoiled two-year old that didn’t get her way. While imperfect, this legislation is a substantive start. It will provide coverage for over 30 million whom would have otherwise gone without. It will end the vast injustice of barring help from those who need it the most simply because they have faced health challenges in the past. The bottom line is, we need this change. And in honor of Esmin, I will do everything in my power to make sure it comes to pass. Join me in this effort, and one day tell your children and grandchildren, that you were on the right side of history. On this day, you fought for change.