Football on the Brain 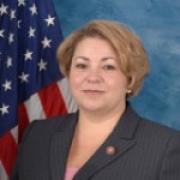 Linda Sanchez
Share This
Add your voice to the comments

The first step to any recovery is admitting there is a problem. Now what are we going to do about it?

In just one year, the National Football League (NFL) went from a complete denial of any link between concussions and long-lasting effects on the brain to a solid “maybe.” It literally took an act of Congress to get them to this stage.

Research has shown the effects of concussions can be devastating, even leading to permanent brain damage and the early onset of dementia, yet the NFL still balks at the evidence. Even when their own sponsored research found dementia and similar memory-related diseases to be diagnosed more often in former League players, they dismissed the results and claimed that more research was still needed.

The NFL has many reasons to deny this link between playing football and the grim effects of concussions – their reasons come by the billions in shades of green. While the NFL may fear an admission of a link could lead to compensation, lawsuits, or even a forced change in their business model, their denial has a ripple effect. Not only do they risk liability for their own employees, but as the standard bearer for football, they risk the health of millions of young athletes across the nation.

This Sunday, as families gather to watch the Saints take on the Colts, you can bet that in between plays, the NFL will air highlights of former players “taking a hit” or “getting their bell rung.” These “dings” are so thrilling that they’ll even be set to music and the announcers will wax nostalgic about the League’s hardest hitters. Kids all over America will see violence as glamour.

What they won’t see are the same players suffering debilitating injuries, including early onset dementia, depression, and memory loss and living below poverty level or even on the streets. We won’t see the disability claims ignored or denied by the NFL Disability Board or the wives struggling to care for their husbands or make ends meet. The former players won’t see any royalties when the NFL exhibits the fantastic plays that helped America fall in love with the game. Instead, retired players make do, some thinking about the very real physical price they are paying today because, years ago, they were willing—and able—to get right back in the line-up after “getting their bell rung.”

You can’t take the violence out of football – it’s part of the nature of the game. It’s a given that hits will be taken, and concussions may happen. Because concussions are not visible to the naked eye, and because they aren’t treated with a cast, crutches, or bandages, we can only change one thing – the way we think about concussions. We have billions of reasons to do this – and they come in all shapes and sizes and answer to “son” or “daughter.”

The NFL may never get to their next step of recovery. They may not want to. After all, they run an extraordinarily successful business and their players have access to specialized medical care. This, unfortunately, is not the case with youth sports. While it may take another year or more for the NFL to do more than run a public service announcement about head trauma, change is needed on the youth level now.

We, as Americans who love our athletes, and as parents who love our kids, can hold an intervention by insisting on education. Education and training should be required of coaches, players, parents, and the millions of kids who emulate their heroes by playing youth football. Restoring safety and sanity to youth football is as easy as changing simple plays or taken kids out of a game who have suffered a hit to the head.

Years ago when the tobacco industry denied any link of smoking cigarettes and damage to your health, it took significant amounts of research and vigorous public discussion to make a change in policy. Today, we won’t start the car until everyone has been buckled in, and we don’t hand our kids a cigarette to try out for fun. So why are we letting coaches tell kids to “get back in the huddle,” “shake it off,” or “suck it up?” Brains that are still developing do not need to have drills that demand helmet-to-helmet contact or give a whiplash sensation.

Standards of care and policy implementation usually start from the top and trickle down. As we wait for the slow-to-come changes in NFL policy, we can start from the bottom and hope that it rises up the ranks. Let’s get in the game.