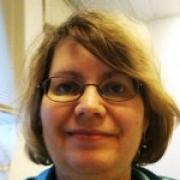 Janet Hill
Share This
Add your voice to the comments

Somehow that great umpire in the sky keeps missing the call on equal pay for women. Men run 100 yards to score a touchdown for seven points while women run those same 100 yards but it’s only worth five points? Video replay anyone? Isn’t this America where we value fair play?

A woman can be fired for asking someone what they make or telling someone what she makes. That’s like saying you have to run down the field and score but not sneak a peek at the scoreboard. The Paycheck Fairness Act would change that. Remember Washington DC tops the country in pay equity at 91% so let’s all get put on their team!

The pay gap starts when you’re a rookie and gets worse as you earn playing experience. Sure some of it’s because the women may want to play running back and the men want to quarterback but that doesn’t account for the entire gap because it persists even when all the factors are accounted for. Women ages 16-19 in 2010 earned 95% of what men did. Female college grads made 90% of what male college grads did. Seasoned veterans have it the worst. When you are 65, you only earn 76% of what men make on average. If you are on the Latina or African American team, the pay gap is even wider and it’s only 4 points for a touchdown. Not only does this affect the players, but it affects their families and their retirement.

So let’s call the Fair Play for Fair Pay play and call your congressman to ask them to co-sponsor legislation like the Paycheck Fairness Act. Also thank them for voting for the Lilly Ledbetter Act of 2009 and President Obama for signing it. The last legislation that women got on Equal Pay was back in 1963! Get the other football fans in your family to do the same; after all they have a big stake in what women get paid too. Think about it - Had history turned out differently – would Sarah Palin really have been willing to accept 77% of what Dick Cheney made and would she still have been against Equal Pay?