Finding Your Way After a Stillbirth 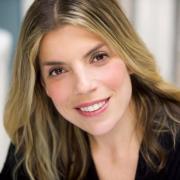 Debbie Haine Vijayvergiya
Share This
Add your voice to the comments

Stillbirth affects tens of thousands of American families every year. This post was originally written for National Pregnancy and Infant Loss Awareness month in October 2019.

After Autumn was stillborn, I was full of self-loathing over the fact that I failed to bring her home alive.

However, once I learned that stillbirth affects tens of thousands of American families every year, I was able to be open to the idea that it may not have been my fault after all. It was only then that the wall that left me disconnected from my world began to erode.

First, I had to begin to learn how to let go of my self-imposed sentence of solitude, so that I didn’t have to navigate the daunting unchartered waters I was facing by myself.

One day, I decided to start writing—it provided a release for me unlike anything else. I credit my writing—the ugly, the bad, and the good—for helping me organize my experience enough to let others in.

The next hurdle I had to overcome was my inability to allow myself any joy. Why should I be enjoying myself when Autumn couldn’t? It didn’t seem fair, so I made the harsh decision to deny myself of all happiness.

But that could only last so long. ‘Denial fatigue’ finally set in—I just got so tired of denying myself everything all the time.  And that was the best thing that could have ever happened to me. It allowed me to live again.

Finding my way back to my daughter was a different story. One minute we were talking non-stop about her becoming a big sister and the next, her 3 and a half year old life was turned upside down.

My heart still hurts when I think about how sad, scared and confused she must have been. She was expecting a baby sibling and instead all she got was a broken mom. I knew she needed me; I could see it, feel it, but as much as I wanted to be there for her, I couldn’t be.

I was thoroughly paralyzed by my grief. At this point I began to question my ability to be a mom; I couldn’t keep one alive and I was incapable of being there for the other when she needed me most.

And then one day, out of the blue, my daughter climbed into my bed, sat down on my lap, grabbed my face, and just stared into my eyes. No words were exchanged between us, but the look in her eyes her said everything I needed hear. It wasn’t a look of despair but rather a look of unconditional love which, unbeknownst to me, I had needed all along.

It forced me to ask myself some hard questions, such as, where do I go from here? What do I do now? How can I help myself? It quickly became apparent that the only way that I could make any sense of our heartbreaking tragedy was to give it a purpose. I didn’t have any control over what had happened to me, but I was not about to sit by and let others suffer the same way.

I was determined to find a way to put stillbirth on the political map so that it could be recognized as the tragic maternal health crisis that it is. Because the first-time people hear about stillbirth should not be when it happens to them. To this end I have become a stillbirth advocate, at both a state and federal level.

If the past eight years have taught me anything it’s this—shedding the weight of grief is an organic process. There isn’t a timeline or a set schedule. Only you will know when you’re ready to begin to ease up on the intensity of your grief. So in the meantime, focus on being kind to yourself and trust that you will be ok; because you are a SURVIVOR.

This article first appeared in Healthy Mom&Baby (www.health4mom.org), a website where nurses provide advice for expectant moms and new parents.