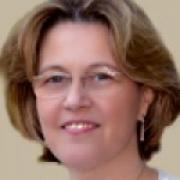 Jodi Sturgeon
Share This
Add your voice to the comments

This was to be the year that President Obama’s promise to extend minimum wage and overtime protections to home care workers would finally be realized. On January 1, the vast majority of these workers – who provide vital in-home support to elders and people with disabilities – would no longer be exempt from the Fair Labor Standards Act. Unfortunately, that didn’t happen: On January 14, Judge Richard Leon of the DC federal district court vacated the U.S. Department of Labor (DOL) rule extending these basic labor protections to 2 million home care workers.

An expedited appeal is underway, with oral arguments scheduled in the U.S. Court of Appeals, D.C. Circuit on May 7. The case was brought by the International Franchise Association and several home care industry trade groups representing employers who, under the new rule, would be required to meet federal minimum wage and overtime standards for the first time.

For the last 40 years, these employers have taken advantage of a loophole in the law known as the “companionship exemption.” In 1974, Congress extended federal wage and hour rules to domestic service workers such as maids, cooks, nannies, and chauffeurs. At the same time, they included an exemption for casual caregivers—teenage babysitters and “companions to the elderly and infirm.”

DOL undertook revising the companionship exemption in 2011 as a result of significant changes in the home care industry. Over the last 40 years, home care has become a $100 billion industry. The aides who work for what are often highly profitable businesses are not casual “companions”—they provide professional support and assistance to millions of Americans who, without their services, would be living in nursing homes and other institutional settings.

Teresa King of Los Angeles, for example, provides daily care for an 87-year-old woman with Alzheimer’s disease. Her work includes bathing, dressing, preparing meals, and managing medications for her client. King says, “It takes love, patience, and understanding to do this job well. It requires organizational skills and a lot of physical strength and hard work.” Yet, at $10 per hour, King barely earns enough to get by.

Lilliana Cordera of Chicago is the soul breadwinner for two children. She works 52 hours per week caring for six clients who need assistance with a range of daily tasks to remain independent. Despite long hours, there is no pay for travel time, no overtime pay, and no paid sick leave if she or one of her two children is ill. As a result, Lilliana can’t find the time or money to return to school for additional training.

King and Cordera say they love working with elders in their community, but the low pay takes a toll on their families. This stress contributes to one in every two workers leaving the field annually, making it difficult for individuals and families to find stable, quality in-home support.

The 1974 companionship exemption was never intended to exclude millions of professional caregivers like Cordera and King from our nation’s most basic labor protections. While at one time, sitting with an elder for a few hours may have been similar to babysitting, today these two types of care have little in common. Home care workers not only care for clients with Alzheimer’s disease, but individuals with MS, Parkinson’s, diabetes, COPD, depression, spinal cord injuries, developmental disabilities and more. The work is emotionally and physically demanding, and injury rates exceed those for most occupations.

Despite the level of skill required, home care has not often been acknowledged as a legitimate occupation.  This has more to do with who does the work---90 percent women and predominately women of color—than the work itself. Historically, work such as caregiving, which is often done by women in their own homes, has been undervalued in the public marketplace. The companionship exemption is part of that history.

The exemption keeps wages low. The average wage of $9.61 per hour doesn’t capture real earnings, which sometimes drop below minimum wage because workers are not paid for travel time between clients.  Part-time hours are also typical, reducing annual median income to $13,000. Consequently, more than half of U.S. home care workers, average age 45, depend on public assistance to provide for their own families.

Not surprisingly, when you combine poor wages with physically and emotionally challenging work, the result is high turnover. Not only is this costly for employers---estimated at $6 billion annually—it creates a highly unstable home care system that cannot deliver the quality care we want for ourselves and our families.

The DOL’s new rule, which narrows the definition of “companionship” to guarantee federal labor protections for professional caregivers, will help to strengthen and stabilize the home care workforce. Not only does it ensure that workers are fairly compensated, but the new rule also acknowledges home care as a valued and respected occupation.

In his January opinion vacating the home care rule, Judge Leon embraced the very stereotype the new rule is intended to overcome. Suggesting that home care work is comparable to an evening of babysitting, he wrote, “Babysitters—good ones, at least—do not simply sit and stare at their charges, ready to call for assistance if something should go wrong.” This demeaning and misinformed analogy undermines our nation’s ability to address the needs of an aging population.

Would you really hire the neighbor’s teenage child to help your 90-year-old father shower and dress in the morning?  Unable to get out of bed in the morning on your own, would you trust a child to transfer you from bed to wheelchair and to get you to work on time?

Home care is expected to create more new jobs over the coming decade than any other occupation. We will need an additional 1 million skilled, compassionate and reliable home care workers at a time when the number of women age 25-54 entering the workforce is barely growing at all.

Who can we expect to fill these jobs that pay poverty wages, lack benefits, adequate training, and career ladders, yet do not provide the dignity and respect of being protected by our country’s most basic labor laws?

The appeals court will now decide whether the DOL rule will be implemented this year. What hangs in the balance is much more than a better job for home care workers. At stake is the quality of our nation’s long-term services and supports, upon which we all may need to rely one day.