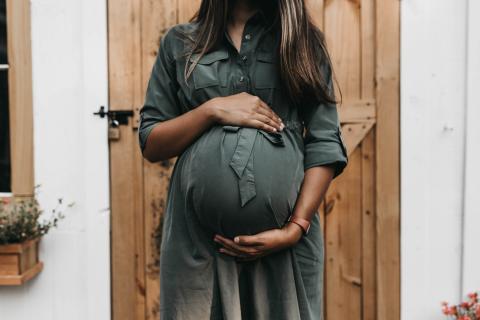 Photo by Camylla Battani on Unsplash

As we continue to unpack the Families First Coronavirus Response Act, we thought we’d take a closer look at how the bill will impact pregnant women covered by Medicaid and CHIP.

Clearly, Medicaid and CHIP are critical sources of coverage for pregnant women even under normal circumstances. Medicaid covered 43% of all births in 2018.

Benefits. Most women covered by Medicaid during pregnancy receive the full range of Medicaid benefits. But states may restrict benefits to those that are “pregnancy related.” Five states (AR, ID, NM, NC, and SD) have restricted benefits for some pregnant women in Medicaid. The benefit restrictions in 3 of those states (AR, ID, and SD) are so limited that the coverage does not meet minimum essential coverage requirements.

Duration of coverage. Medicaid coverage for pregnant women continues for 60 days postpartum. However, policymakers are interested in extending postpartum coverage for a full year.

To learn more about coverage for pregnant women in your state, check out Table 3 in the Kaiser Family Foundation’s 50-state survey on Medicaid eligibility policies as well as this KFF brief specific to benefits for pregnant women.

Now, back to Families First.

As my colleagues described in their brief explainer of the Families First legislation, the bill included an increase in the federal medical assistance percentage, or FMAP, to help defray anticipated increases in state Medicaid costs. In order to qualify for the 6.2 percentage point FMAP increase, states may not: (1) implement more restrictive eligibility standards, methodologies, or procedures; (2) impose new or increased premiums; (3) disenroll Medicaid beneficiaries during the public health emergency; and (4) fail to cover COVID-19 testing and treatment without cost-sharing.

CMS recently issued guidance explaining these requirements in more detail. On page 6 of the guidance, CMS explains that Medicaid coverage for all beneficiaries, including pregnant women, must continue throughout the duration of the public health emergency unless the beneficiary is no longer a state resident or voluntarily requests a termination. This means that for pregnant women covered by Medicaid who would typically lose coverage after a 60-day postpartum period, coverage must continue until the end of the month in which the emergency period ends.

In non-expansion states, continuing coverage beyond 60 days postpartum may mean the difference between having health coverage and becoming uninsured during a critical time when moms may be dealing with a host of medical conditions, such as complications from childbirth, pain, depression or anxiety. More than half of women covered by Medicaid/CHIP for delivery experience a gap in coverage within 6 months.

The CMS guidance goes on to explain that states may not reduce benefits during the emergency period. As noted above, Medicaid benefits differ by eligibility group – with some groups having more benefits than others. The prohibition on a reduction in benefits means that women are able to retain more generous benefits even if they technically could be eligible under a different group after the 60-day postpartum period, such as the adult expansion group.

For women in the 5 states (AR, ID, NM, NC, and SD) with limited, pregnancy-related benefit packages, switching to a different coverage group with more robust benefits would be allowed. This would likely be beneficial for women in Arkansas, Idaho, and New Mexico because they could move to the adult expansion group, but in North Carolina and South Dakota (two of the 14 remaining non-expansion states) women would likely stay in the limited-benefit, pregnancy-related group.

As this global pandemic continues to shake our communities, it is encouraging to see that Congress is taking steps to protect children, pregnant women, and families. But even before this pandemic came about, extending coverage for women beyond the 60-day postpartum period has been a priority for several states and members of Congress because reducing gaps in coverage could improve maternal outcomes.

Maternal mortality and morbidity are increasing in the U.S., something that is very alarming for a wealthy, developed country. This is especially true for women of color. Nationally, black women are three to four times more likely to die from pregnancy-related causes than white women. It will take more than a temporary extension of postpartum coverage to address these stark inequities – the Black Mamas Matter Alliance has identified the changes needed to ensure black women have holistic care before, during, and after pregnancy. But perhaps this is a small step in the right direction.