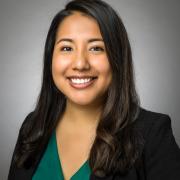 Vikki Crouse
Share This
Add your voice to the comments

Here’s a welcome good news story about kids’ health and the environment: In North Carolina, public health officials have been working for more than 30 years to eliminate childhood lead poisoning – and have come very close to doing so. Child blood levels have dropped dramatically population-wide. Unfortunately, some pockets of high exposure still remain – often in lower-income neighborhoods where older housing and buildings mean that old lead paint and lead pipes are still in use. The tragic case of Flint reminds us of the terrible consequences of leaving legacy lead in place where children can be exposed. Ending lead exposure in water is an important step to move us toward the goal of no lead exposure for our state’s children. A new initiative in child care will help us get there.

Young children are especially at risk of harm from lead. Babies and young children’s body systems are still developing, and are more vulnerable to harmful impacts.Their age-appropriate behaviors – like putting everything into their mouths – means more frequent exposure than adults would get. Infants who rely on formula get 100% of their nutritional intake from water. If that water is tainted with lead, they get an enormous dose of it compared with older children and adults.

Even at the lowest levels of exposure, lead can reduce IQ, and harm children’s ability to concentrate and focus in school. Lead exposure damages attention and impulse control, and can increase aggression. The effects are permanent.

The Commission for Public Health will soon be considering a proposed rule that would require all state licensed childcare centers in North Carolina to test their drinking water for lead contamination.They would be required to take action to get rid of lead when water-lead levels meet or exceed the current hazard level of 15 parts per billion (ppb). Currently the state does not require testing water in child care centers for lead, unless a child is found to have elevated blood lead levels. This means that rather than a simple water test, we rely on children to serve as the lead detectors.

In 2017, a team of researchers at RTI investigated this gap in water surveillance. Researchers initiated the 2017 Clean Water for Carolina Kids Study.  Using a citizen sample approach, these researchers tested samples from water taps at 86 child care centers and schools. Preliminary results showed that 16% of the centers sampled contained at least one sample above 15 ppb. The researchers estimate that if North Carolina were to require water testing at all licensed child care centers, approximately 16% of centers would have at least one tap with lead levels above the current hazard  level (15 ppb), and would require some sort of fix.

Straightforward Solutions for a Lead-Free NC

The good news is that there are simple, no-cost and low-cost solutions for child care centers where lead is found in the water, at any level. Depending on how much lead is present and what the source is, centers could take the following actions:

Centers can take these steps whenever lead is found. While 15ppb is the current standard, lead doesn’t belong in a child’s water at any level. Many folks ask about bottled water. It’s important to note that bottled water can cost five times more than installing and maintaining a good filter, and is therefore not recommended. The best way to protect kids from lead exposure is to be proactive about getting rid of lead, rather than waiting for a child to be found with elevated levels in their blood.

We anticipate that the Commission for Public Health will soon announce a public comment period, during which the public will have the opportunity to weigh in on the proposal. We hope that you’ll consider joining NC Child in standing up for our youngest residents, and submit a comment in support of this proposal. Child care water is not the only source of lead exposure for young children, but it’s a very important one, and a relatively easy one to solve. Together, we can end childhood lead poisoning in North Carolina.