Disaggregate the Data to Approach Health Equity for AAPI Peoples 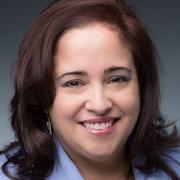 Sinsi Hernández-Cancio
Share This
Add your voice to the comments

Asian American, Native Hawaiian, and Pacific Islander Heritage month is an opportunity to focus on the many contributions these communities have made to build our nation over the generations, and their continued role in our future prosperity. With more than 22 million Asian American (AAs) Native Hawaiian, and Pacific Islanders (NHPI) people living in the US, it is also an important time to improve our understanding of the incredible diversity that exists within what is commonly thought of as a large, monolithic, so-called “model minority.” Especially when it comes to addressing health needs, disaggregating data into subgroups is critical because of the wide variations in health outcomes between them—including profound inequities—that are often masked underneath apparently positive overall averages.

Today, AAs and NHPIs are the fastest growing racial group in the US, increasing by more than 70 percent between 2000 and 2015. However, thinking about them as a homogenous racial category is a mistake. AAs and NHPIs are astonishingly diverse, encompassing more than 20 countries of origin and over 100 languages. This racial category includes subgroups as different from each other as the Chinese and Indian, the Japanese and Pakistani, the Nepalese and the Native Hawaiian, to name just a few. Each subgroup has a distinct history and cultural experience in this country. Some arrived as laborers, some as refugees, some didn’t arrive to the United States at all—rather, an expanding US border overtook their land.

Given this wide diversity, it should be no surprise that these distinct racial and ethnic subgroups experience very different socioeconomic and health realities. For example, overall, AAs & NHPIs are reported to have a median income of $81,431, the highest of any racial group, including whites. However, disaggregating the data by subgroup unveils important variations. Median income can range from as low as $36,000 for Burmese and as high as $100,000 for Indians.  Poverty rates are similarly varied.  More than one third  of Burmese have incomes below the poverty line, while only  7.5 percent of Filipinos and Indians do. These large variations within AA & NHPI subgroups holds true for other social determinants of health that heavily influence health access and outcomes.

While on average, AAs & NHPIs enjoy the highest life expectancy of any racial and ethnic group in the country, and better health outcomes overall disaggregating the data by national origin and ethnic groups tells a very different story.  There are a handful of conditions that particularly impact AAs and NHPIs.  For example, compared to whites, they are 2 to 2.5 times more likely to die of stomach cancer, and 16 times more likely to contract Hepatitis B., In addition, some subgroups have particular high rates of other conditions that are not reflected in the overall averages. AAs are much less likely to be overweight or obese than whites, but NHPIs are 76 percent more likely to be so. When it comes to obtaining timely prenatal care, the AA and NHPI communities vary widely.  Japanese and Filipino pregnant people are less likely than whites to receive late or no prenatal care, while the rate for Native Hawaiians is double.

To achieve the best possible health for all, public and private stakeholders must be required to disaggregate health and health care data.

We can only address health inequities if we can identify and track their improvement, and this must be done at the subgroup level—especially for the AA, NHPI, and Latino communities. Data must be accurately disaggregated, and health outcomes, whether in research or clinical practice, must stratified.  Even as advocates work to improve these standards at the national level, there are important opportunities to make progress at the local and state levels. We must collaborate across sectors at the local, state, and national levels to provide accurate, disaggregated data to inform the guidelines, policies, and regulations to enable achieving health equity and ensuring a healthy and prosperous future for us all.

Originally published on the blog of FamiliesUSA.