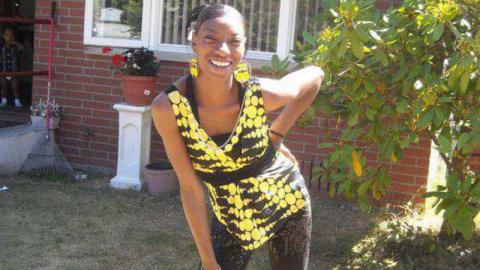 Charleena needed support and help. Instead she was killed by police in front of her young children.

Demand police accountability for the killing of Charleena Lyles!

S. Nadia Hussain
Share This
Add your voice to the comments
Charleena was pregnant. A mother of four, struggling with a mental health crisis, she called the police to report a robbery. Charleena needed support and help. Instead she was killed by police in front of her young children. There is no question that the Seattle police department could have and should have used de-escalation tactics, instead of shooting first and asking questions later. This is an unacceptable tragedy.
Charleena Lyles should be alive right now.

No family should lose a loved one at the hands of those charged to protect them. Click now to demand police accountability for the killing of Charlene Lyles!

This situation is beyond tragic. Seattle police officers are trained on how to de-escalate mental health situations, yet they made the decision to shoot to kill. Now they’re on paid leave. Paid leave is not justice. These police officers should be fired immediately and indicted on criminal charges.
Charleena is not alone. Across the country, Black people are three times more likely than white people to be killed when they encounter police. Further, police violence against Black women is all too common. Though crucial information is regularly reported on the dangers that Black men disproportionately face when it comes to police violence, the stories of Black women often fly under the radar. Yet the statistics speak for themselves: In 2013, while Black men accounted for 55.7 percent of police stops for men, Black women accounted for 53.4 percent of all women stopped, even though Black women only make up 12.7% of the female population in the US. In fact, Black women account for 20 percent of unarmed people of color killed by the police between 1999 and 2014.
This is NOT okay.

Sign our open letter: Call for justice for Charleena Lyles!

Charleena’s own past experience demonstrates this pattern. It turns out that this wasn’t the first time the Seattle Police Department failed Charleena by using damaging and inappropriate protocol. For instance, a couple weeks before her death, Charleena was arrested when she called for help with an abusive boyfriend. She spent nine days in jail because she was a survivor of domestic violence and struggling with mental health. Seattle police knew she needed help, not guns. Yet their deadly actions adhere to a disturbing reality where guns are too often seen as a solution for police officers. In fact, of the approximately 33,000 people who lose their lives to gun violence every year, nearly 1,000 are shot to death by police.
The statistics show us that Black mothers are vulnerable to police violence; and here’s how that can play out in real lives:
Enough is enough. Charleena Lyles’ life matters. Black mothers lives matter. Black lives matter.
It's time for each of us to stand up and demand an end to what we're all seeing in the news and reading in reports: Structural racism permeates our criminal justice system from the moment the police are called (as this mom did) all the way through sentencing and beyond. This has to stop.
Black women and girls remain under high threat of police violence. Stand up for Charleena and every Black woman by demanding the Seattle Police Department fire the two officers to help prevent this from happening in the future.

Please join us as we partner with ColorofChange to stand with Charleena Lyles’s family for justice and accountability for her death. No family should have to bury their loved one due to police violence, and there shouldn’t be automatic impunity for those who pull the trigger.