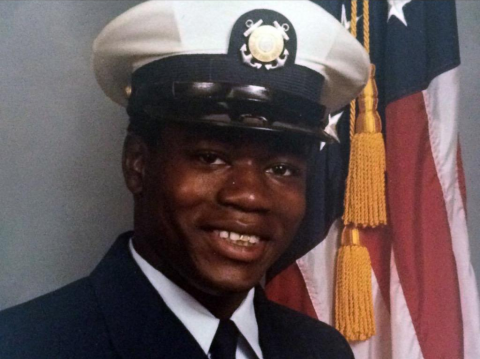 Demand Justice in the Shooting of Walter Scott

In April 2015, we witnessed one of the worst videos of police murder ever captured on a cell phone. An unarmed Walter Scott was shot 8 times in the back while running away from South Carolina Police Officer Michael Slager. To further add to this harrowing situation, Office Slager is seen planting evidence at the scene of the shooting and violently handcuffing a dying father of four.

Thousands of MomsRising members spoke out and demanded justice! Yesterday, a judge declared a mistrial in this case due to jury deadlock. Chris Stewart, an attorney for the Scott family, called the trial’s outcome “a missed opportunity for justice” but said the fight was far from over, noting that Slager faces federal charges as well as a retrial.
Right now Scarlett A. Wilson, the prosecutor for Charleston County, stated that her office fully intends to put Officer Slager on trial once more.
We are glad to hear that, but we also know police brutality is systemic and national action is necessary! Please join us in urging the DOJ to take action and the Charleston DA’s office to vigorously pursue a retrial to ensure justice for Walter Scott’s mother and his family.
It was the second trial in the past few weeks involving a case where an officer was charged with murder after being recorded fatally shooting someone. In Ohio, a judge declared a mistrial in the case of a former University of Cincinnati police officer who shot and killed a black man. It was later revealed that the officer was wearing a Confederate flag t-shirt under his uniform during the shooting.
It is already rare that a family gets justice in the case of a police shooting, and it’s even less likely if the victim is Black. Now the message is being sent that even with documented videos of the shootings of unarmed black men, justice may still be out of reach.
If it hadn’t been for the bystander who recorded this video, Walter Scott’s death would be lost in the names of 880+ people killed by police so far this year. No family should have to suffer from their loved ones being injured or killed by guns, especially at the hands of those charged to protect them. Just last week, it was revealed the officer who shot Keith Lamont Scott in North Carolina won’t be charged for his killing. These deaths aren’t about lone, violent officers, but is reflective of a nationwide culture of guns and policing that too often allows racial profiling coupled with police brutality to flourish unabated. In fact young black men are 2.5 times more likely to be killed by police than whites.
Join us as we urge the Charleston County DA’s office be vigilant in re-trying and prosecuting Officer Slager and call on the DOJ and the Obama Administration to take definitive and immediate action on police reform.
Judy Scott, Walter Scott’s mother, responded to the mistrial news by saying “It’s not over.” It isn’t over, not until justice is served. No mom should have to fear losing her loved one at the hands of those whose duty is to serve and protect.