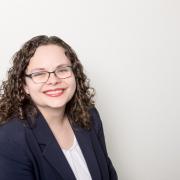 Sarah Hassmer
Share This
Add your voice to the comments

The Department of Housing and Urban Development (HUD) recently proposed a rule that would gut a long-standing civil rights protection called “disparate impact theory” under the Fair Housing Act that has offered recourse for countless people experiencing housing discrimination and segregation.

Disparate impact allows people to challenge housing policies or practices that have a discriminatory impact on them because of their race, color, national origin, sex, familial status, disability, or religion – even if the policy or practice appears on its face to apply to everyone equally.

HUD’s proposed rule would tip the scale in favor of those accused of housing discrimination. It would drastically increase the burden of proof for victims of discrimination, and provides new defenses that could shield housing providers, governments, and corporations from being held accountable for discriminatory policies.

Who you are shouldn’t determine where you can live. Where we live profoundly impacts every other aspect of our lives: our access to good jobs, good schools, the transportation we need, our community, our future economic success, and more. But by seeking to dismantle the disparate impact theory of the Fair Housing Act, HUD is trading away the importance of affordable, accessible housing in people’s lives to give a free pass to landlords, banks, and more to discriminate against tenants and homebuyers because of their race, their gender, and more.

Here are policies that could be harder to challenge under Trump’s proposal:

●      A landlord refuses to rent to tenants with housing vouchers, which would disproportionately harm people of color, people with disabilities, single mothers, and potentially other protected groups.

●      A landlord evicts domestic violence survivors, the majority of whom are women, because of abuse that occurred in their home under a “zero-tolerance-for-crime” policy.

●      A bank has a lending policy that ends up charging excessive fees or rates to certain groups, such as people of color, seeking home mortgage loans. This would force the people affected to choose between taking on a risky loan and giving up their dream of owning a home because they cannot access financing, and it could exacerbate the already vast racial wealth gap.

●      An insurance company refuses to insure homes under a certain dollar value. In many communities, this would exclude homes in neighborhoods of color from quality insurance and would prevent homeowners in those areas from fully protecting their homes from damage due to fire, hurricanes, or other disasters. This too could exacerbate the racial wealth gap.

Unfortunately, this attack is just the start. The disparate impact tool is integral to the Fair Housing Act, but it’s also a critical part of many other civil rights laws. If the Trump administration succeeds in its rollback of this key civil rights protection here, it will be emboldened to gut it in other areas such as education, health care, employment, transportation, or environmental justice.

We need you to help stop this radical and harmful proposal. The more comments are submitted, the longer it will take HUD to go through them and the longer this important civil rights tool will stay intact. Submit a comment today.