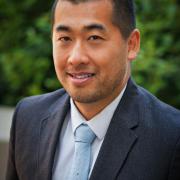 Tom Wong
Share This
Add your voice to the comments

Note: The survey results can be found here. For more information on the survey, please contact Tom K. Wong.

Since it was first announced on June 15, 2012, the Deferred Action for Childhood Arrivals(DACA) policy has provided temporary relief from deportation as well as work authorization to approximately 800,000 undocumented young people across the country. As research has consistently shown, DACA has not only improved the lives of undocumented young people and their families but has also positively affected the economy more generally, which benefits all Americans.

From August 1, 2017 to August 20, 2017, Tom K. Wong of the University of California, San Diego; United We Dream (UWD); the National Immigration Law Center (NILC); and the Center for American Progress fielded a national survey to further analyze the economic, employment, educational, and societal experiences of DACA recipients. This is the largest study to date of DACA recipients with a sample size of 3,063 respondents in 46 states as well as the District of Columbia.

The data illustrate that DACA recipients continue to make positive and significant contributions to the economy, including earning higher wages, which translates into higher tax revenue and economic growth that benefits all Americans. In addition, DACA recipients are buying cars, purchasing their first homes, and even creating new businesses. The survey’s results also show that at least 72 percent of the top 25 Fortune 500 companies employ DACA recipients. Moreover, 97 percent of respondents are currently employed or enrolled in school.

Work authorization is critical in helping DACA recipients participate more fully in the labor force. The data show that 91 percent of respondents are currently employed. Among respondents age 25 and older, employment jumps to 93 percent.

We also see that 5 percent of respondents started their own business after receiving DACA. Among respondents 25 years and older, this climbs to 8 percent. As the 2016 survey noted, among the American public as a whole, the rate of starting a business is 3.1 percent, meaning that DACA recipients are outpacing the general population in terms of business creation.

As one respondent stated, “I started a bookkeeping business which gives me the opportunity to help our Hispanic community be in compliance with tax law […] If DACA ended, I will not be able to keep my small business and help my community.”

Another respondent stated, “Because of DACA, I opened a restaurant. We are contributing to the economic growth of our local community. We pay our fair share of taxes and hire employees […] It will be hard to maintain my business if DACA ended. I depend on my [social security number] for a lot of my business, such as when getting licenses, permits, leases, and credit.”

The data also show that respondents’ average annual earnings come out to $36,232, and their median annual earnings total $32,000. Among respondents 25 years and older, the figures are $41,621 and $37,595, respectively. These higher wages are not just important for recipients and their families but also for tax revenues and economic growth at the local, state, and federal levels.

Last year, we noted that further research is needed to parse out the short- and long-run wage effects of DACA as well as whether short-run gains represent a plateau in earnings or if more robust long-run wage effects may exist. This remains true. However, as DACA recipients are now further along in their careers, and as we continue to see growth in their earnings, it is likely there is even more room for recipients’ wages to grow.

DACA’s impact on the economy

The purchasing power of DACA recipients continues to increase. In the 2017 study, nearly two-thirds of respondents, or 65 percent, reported purchasing their first car. The average cost paid was $16,469. As we have noted previously, these large purchases matter in terms of state revenue, as most states collect a percentage of the purchase price in sales tax, along with additional registration and title fees. The added revenue for states comes in addition to the safety benefits of having more licensed and insured drivers on the roads.

The data also show that 16 percent of respondents purchased their first home after receiving DACA. Among respondents 25 years and older, this percentage rises to 24 percent. The broader positive economic effects of home purchases include the creation of jobs and the infusion of new spending in local economies.

When it comes to educational attainment, 36 percent of respondents 25 years and older have a bachelor’s degree or higher. Importantly, among those who are currently in school, a robust 94 percent said that, because of DACA, “I pursued educational opportunities that I previously could not.”

Our findings could not paint a clearer picture: DACA has been unreservedly good for the U.S. economy and for U.S. society more generally. Previous research has shown that DACA beneficiaries will contribute $460.3 billion to the U.S. gross domestic product over the next decade—economic growth that would be lost were DACA to be eliminated.

As our results show, the inclusion of these young people has contributed to more prosperous local, state and national economies; to safer and stronger communities through increased access to cars and home ownership; and to a more prepared and educated workforce for the future. Ending DACA now would be counterproductive at best and, at worst, cruel. At present, 800,000 lives—as well as the lives of their families and friends—hang in the balance. At a time when the continuing existence of DACA is facing its most serious threat ever, understanding the benefits of the program for recipients; their families and communities; and to the nation as a whole is all the more important.

Tom K. Wong is associate professor of political science at the University of California, San Diego. Greisa Martinez Rosas is advocacy and policy director, Adam Luna is senior advisor for communications, Henry Manning is research fellow, and Adrian Reyna is director of membership and technology strategies at United We Dream. Patrick O’Shea is Mellon/ACLS public fellow at the National Immigration Law Center. Tom Jawetz is vice president for Immigration Policy and Philip E. Wolgin is managing director for Immigration Policy at the Center for American Progress.

The authors thank all those who took the survey for their time and effort in helping to bring these stories to light.

The questionnaire was administered to an online panel of DACA recipients recruited by the partner organizations. Several steps were taken to account for the known sources of bias that result from such online panels. To prevent ballot stuffing—one person submitting multiple responses—the authors did not offer an incentive to respondents for taking the questionnaire and used a state-of-the-art online survey platform that does not allow one IP address to submit multiple responses. To prevent spoiled ballots—meaning, people responding who are not undocumented—the authors used a unique validation test for undocumented status. Multiple questions were asked about each respondent’s migratory history. These questions were asked at different parts of the questionnaire. When repeated, the questions were posed using different wording. If there was agreement in the answers such that there was consistency regarding the respondent’s migratory history, the respondent was kept in the resulting pool of respondents. If not, the respondent was excluded. In order to recruit respondents outside of the networks of the partner organizations, Facebook ads were also used. Because there is no phone book of undocumented immigrants, and given the nature of online opt-in surveys, it is not possible to construct a valid margin of error.

This post was originally published on the blog of the Center for American Progress.