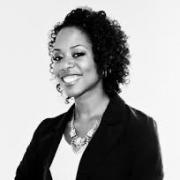 Tiffany Pryor
Share This
Add your voice to the comments

As high school seniors graduate, many will begin to pack, gather information and mentally prepare for a major life transition. But there’s an important part of college life that many might overlook: Sexual assault has reached staggering proportions in this country, especially among high school and college students. Despite high-profile efforts to curb sexual assault among students, we have a long way to go before we’re truly proactive about prevention.

Students need to understand the cultural and other factors that give rise to sexual assault on college campuses. We need to formalize access to this important information well before young people move into their dorms, as part of sexual health education.

Comprehensive sexuality education goes beyond basic health and biology: it addresses consent, healthy relationships, bodies and autonomy, gender and sexuality and more. If we provide young people with the tools to understand the nuances of sexuality and sexual health, they’ll be far more likely to treat each other with respect and dignity once they’re on their own.

When young people have access to education and resources about sexual health in primary and secondary school, learning goes beyond an anatomy lesson. Rather than shame- and fear-based sexuality education, young people should be learning about their bodies through the context of autonomy, rights and consent. If we teach sexual health and sexuality as part and parcel of healthy relationships, we create spaces in which we begin to dismantle sexual and intimate partner violence and sexual assault.

Under the requirements of Title IX, schools receiving federal funds are obligated to protect students from gender-based violence and harassment, including sexual assault. Providing students with comprehensive sexuality education is one important step toward making sure those protections are realized in the lives of students. Importantly, gender-based violence is an umbrella for several critical issues, including but not limited to sexual assault. Comprehensive sexuality education can help address all of them and support sexual violence prevention.

We also can’t talk about sexual assault and consent without talking about pregnancy. There are many reasons young people may become pregnant, and it’s crucial to recognize and validate all of those reasons. As we seek to support young parents in everything from raising families to achieving academic success in high school and college, sexual health education is again a critical tool. Unfortunately, because we don't know the situations in which a young person may become pregnant, we often don’t know when violence might be a factor. We need to make sure we're providing young people with sexual health education that addresses consent, boundaries and bodily autonomy while still setting environments up to support young people's own decisions with their bodies. Through education and sexual violence prevention, we can work toward a world in which young people have bodily autonomy and are able to make healthy, informed decisions about their lives without fear of violence.

Finally, gender-based harassment extends beyond violence against women — particularly to violence and harassment leveled at LGBTQ people — because gender norms are the basis for threats to the safety of queer, trans and gender expansive people. Gender-based violence can also mean a nonbinary person (a person who does not identify as a man or a woman, or to the idea that those are the only two options for gender) feeling unsafe using gendered bathrooms; a queer person being subject to homophobic verbal abuse; or the disproportionately high rates of sexual assault and other marginalization faced by LGBTQ people.

All people deserve to live their lives free of violence. It is our duty to dismantle a culture of sexual- and gender-based violence so that young people are safe, affirmed and healthy. Let’s throw our support behind sexual health education in our governments, schools and communities so that when we send our students off to college, they’re ready not just to face a culture of violence but to change it.

Tiffany Pryor is the executive director of the Illinois Caucus for Adolescent Health, a network of empowered youth and allied adults in support of sexual health, identifies and the rights of youth.