Clean Air and Environmental Justice for All: A MomsRising Blog Carnival 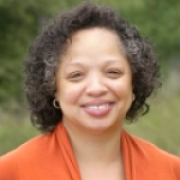 Vernice Miller-Travis
Share This
Add your voice to the comments

Twenty-six years ago when I first went to work for the United Church of Christ (UCC) Commission for Racial Justice, terms such as environmental racism, environmental INjustice, and environmental justice were just entering the lexicon. Communities of color, low-income, tribal and immigrant communities had experienced such phenomena for millennia, but they didn’t have the language to describe these concerns as distinct from the other inequities they experienced.

But everyone knew that the town dump or incinerator was near where they lived. That railroad tracks cut their communities off from other parts of town and that the trains frequently spilled harmful substances while passing through. That extractive mines, coal-fired power plants, nuclear weapons storage facilities, and industrial animal farms (mostly hogs, catfish and chickens) just appeared in their midst, polluting neighborhoods with toxic fumes and millions of gallons of waste.

For more than 30 years these same communities have been educating themselves, organizing their neighbors, and challenging what we think of as environmentalism to expand the definition to include issues of racial and economic equality, as well as the right to be treated equally before the law. They now know that chemical manufacturing, transport and storage, waste water treatment, hazardous waste disposal, power utilities and other high polluting industry are found disproportionately in or near the places where they live, work, worship, go to school and recreate. And today they have the language to fight it.

Women, mothers, grandmothers, sisters and daughters have long been at the forefront of this ever-expanding movement for environmental justice. They notice the rising rates of asthma, illness and sickness, the foul smells in the air, and taste in the water. They notice that their communities are being disproportionately exposed to toxins, and the adverse health impacts that result. For one local group in Gainesville, GA – the Newtown Florist Club – the first alarm bell was when they noticed the increase in the number of funerals they were being asked to provide floral arrangements for.

In coastal areas and Alaskan Villages, they notice the rising water levels, the depletion in fish and shellfish varieties, and degraded oceans, lakes and stream quality. They notice this in the Yukon basin of Alaska, along the Gulf Coast, and most recently in Brooklyn and Staten Island, NY, and in Atlantic City, NJ, and other Eastern Seaboard areas, where Hurricane Sandy swept through, devastating many communities in its wake.

These women have taken their concerns to the White House, state capitols, and the United Nations. They have organized their neighbors, passed local ordinances and established state environmental justice bodies. They have pressed every presidential administration since George W. Bush to do more to stop the disproportionate exposure to pollution, to enforce environmental laws in these often-overlooked places, and to reduce the burden of pollution that their communities have to bear.

They have prodded this President as well, and will continue to press their case until the air quality improves, until their families and communities are no longer disproportionately exposed to air pollution and other toxins.  So we invite you to join us today by adding your blog post to ours to create a groundswell of concern to protect our families, our communities and our right to be treated fairly.  We seek environmental justice for all.

Vernice Miller-Travis is a groundbreaking leader of the environmental justice movement. As a research assistant to Charles Lee, research director at the UCC Commission for Racial Justice, she helped write and publish the seminal 1987 report, Toxic Waste and Race in the United States. As a program leader at NRDC, a program officer at the Ford Foundation, and then as the co-founder of We ACT for EnvironmentalJustice in her hometown of Harlem, NY, she continues to work to advance environmental justice for the many communities who continue to suffer under the burden of pollution exposure, public health disparities, and rising mortality rates.

"Heavy Weather: How Sandy, Other Climate Destruction Harm Middle and Lower Income Americans"  "The devastating Hurricane Sandy caused a huge swath of destruction in the mid-Atlantic region of the United States on October 29."

"A Mother of a Legacy" "I made 'Mom History' in 1994 when I became the first ever U.S. women’s bobsled champion at the Olympic Training Center in Lake Placid, NY."

"Latinos and the Environment: Moving From Concern to Action" "History will almost certainly mark the 2012 election as a turning point after which the Latino vote was one of the most powerful forces shaping the nation’s political landscape."

"The Rising Costs of Asthma and the Need for Medication Adherence" "Children have experienced increasing rates of asthma especially those living in areas with unclean air."

"A New Villain: Air Pollution" "Unfortunately, one of the few things parents can’t do is prevent air pollution from harming their children."

Sarah Howard, Collaborative on Health and the Environment

"Can Air Pollution Contribute to Diabetes or Weight Gain?" "Long-term exposure to traffic-related air pollution is associated with an increased risk of type 2 diabetes in a number of studies."

"Clean Air and Autism," "As I attended various presentations on topics related to biochemistry and autism, I heard one term over and over: 'Toxic insult'.”

"After Sandy, the Struggle for a Just and Sustainable Recovery Begins?" "Occupy Sandy's efforts however, are no substitute for the public resources necessary for meeting affected people’s needs."

"The Good, The Bad and The Ugly of Mountaintop Removal Coal Southern Alliance for Clean Energy"  "Those fighting for the mountains and those who make the mountains their home have won a crucial victory."

"Clean Air for Creation" "Clean air is central to life on Earth, but our continued dependence on fossil fuels is a threat to clean air and to God’s Creation."

"Social Justice: Business as Usual" "If social justice still matters, particularly increasingly urgent environmental disparities, it’s up to us to make it our business as usual."

"Clean, Unpolluted Air Should be a Birthright" "Far too many American families are living and working in neighborhoods with dangerous levels of air pollutants that deteriorate their health and quality of life."

"Beyond 'Code Orange'" "With childhood obesity also hitting record levels, how are families to balance the benefits for children of outdoor play with the need to reduce their exposure to harmful air pollution? And should they have to?"

"Rolling Sunlight" "The solar panels were able to provide and are still providing power to residents [in Rockaway Beach, NY, post-Sandy]who who remain without power."

"Pacha Supports Family Conversations about Obama, Sandy and Clean Air" "What if Sandy and Irene and other destructive storms are nature’s way of signalling that we need to stop polluting our air?"

"Rising Above Dirty Air: From a Grandmother" "It is hard to think of breathing as a luxury—but for my granddaughter that is her constant reality."

"The Childhood Asthma Leadership Coalition" "Asthma is the single most common chronic condition among children in the United States."

"Moms stand up for pesticide-free air in California's Central Valley" "When a child's health is on the line, moms will often stand up in truly courageous ways."

"Clean Air: A Civil and Human Right" "Unfortunately, the denial of the right to clean air disproportionately affects communities of color and low income communities as they are more likely to live in counties in violation of air pollution standards."

"What Happens When Sisters Go Green?" "Between both civil rights and feminist movements, women of color have always been catalyst of change in our nation."

"It’s a No-Brainer: Children Need Healthy Air (and More) in School"  "Members of Congress would not tolerate these conditions for themselves or their children. But it is already a fact of life for too many children."

"Time to Commit to Clean Air: Join the Conversation with Pacha and MomsRising"

How to Protect Our Communities from Climate Change and Extreme Weather Like Sandy, Francis Beinecke, NRDC

What Hurricane Sandy Should Teach Us About Climate Justice, Imara Jones, Colorlines.com

A Breath of Fresh Air... or Not, Green Grandma

Safe Air to Breathe Shouldn’t Be a Luxury, but for Many Communities, It Is, Shannon Baker-Branstetter, Consumers Union