Chipping Away at the Glass Ceiling: An Overview of Employee Protections for Women in the Workplace 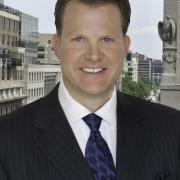 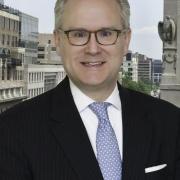 Few will say that the United States has reached the point where female employees are universally treated as equals to their male counterparts.  Indeed, the American Association of University Women recently issued a report indicating that in 2013, female employees received approximately seventy-eight cents for every dollar earned by a male employee.

Fortunately, there exist myriad protections for women who believe they are being discriminated against by their employer.  What is unfortunate, however, is the extent to which many are unfamiliar with these protections.  The purpose of this article is not to provide a comprehensive review of all of the employment discrimination statutes relevant to women in the workplace; rather, we seek only to offer a brief overview of the statutes that specifically protect women from discrimination and provide some pointers on how women can exercise their rights under each.

Title VII of the Civil Rights Act of 1964

Title VII of the Civil Rights Act, 42 U.S.C. § 2000e, et seq, is the “bread and butter” for protecting women’s rights in the workplace.  At a high-level, Title VII prohibits employers from “discriminat[ing] against any individual with respect to [her] compensation, terms, conditions, or privileges of employment, because of such individual's ... sex.” 42 U.S.C. § 2000e–2(a)(1).  Discrimination claims under Title VII fall into one of two broad categories – disparate treatment and disparate impact.  In alleging a disparate treatment claim, the employee is, in essence, stating that the employer’s unfavorable treatment of her was motivated by her gender.  Though the prima facie elements that a plaintiff must satisfy can vary based on the circumstances, disparate treatment claims generally require a plaintiff to show that she had satisfactory job performance, that she suffered an adverse employment action, and that similarly-situated male employees received more favorable treatment.  See, e.g., White v. BFI Waste Servs., LLC, 375 F.3d 288, 295 (4th Cir.2004).

Under a disparate impact theory, the plaintiff is not alleging that she was the specific target of discrimination.  Rather, the plaintiff must point to a policy or practice that is neutral on its face but that nonetheless discriminates against women.  See, e.g., Teamsters v. United States, 431 U.S. 324, 349 (1977).  As an example, a Corrections Officer successfully challenged a physical fitness test that required applicants to run one and a half miles in a set amount of time.  Easterling v. State of Connecticut, 783 F. Supp. 2d 323 (D. Conn. 2011).  Though female applicants were afforded more time in which to complete the run, they also failed the test at a higher rate.  Cherie Easterling, an applicant for the Department of Corrections, successfully argued that the test bore no relationship on the job duties of a Corrections Officer and, as such, the policy had to be stricken.

As should be expected with a fifty-year old statute, a significant body of case law has developed that further expands and delineates the rights and protections afforded to women under Title VII.  This includes anything from gender stereotyping claims (i.e., where a woman is treated unfavorably because she fails to comport her conduct to so-called “societal norms”) to discrimination based on caregiving responsibilities.

The Pregnancy Discrimination Act (“PDA”) is actually an amendment to Title VII and, as its name suggests, prohibits employers from discriminating against women on the basis of their pregnancy.  In relevant part, the amended legislation provides that:

[T]he terms “because of sex” or “on the basis of sex” include, but are not limited to, because of or on the basis of pregnancy, childbirth, or related medical conditions; and women affected by pregnancy, childbirth, or related medical conditions shall be treated the same for all employment-related purposes, including receipt of benefits under fringe benefit programs, as other persons not so affected but similar in their ability or inability to work.

The PDA helps fill an important gap left by the Americans with Disabilities Act (“ADA”).  Most courts have held that pregnancy is not a per se disability under the ADA. See, e.g., Gabriel v. City of Chicago, 9 F. Supp. 2d 974 (N.D. Ill. 1998).  Through the PDA, female employees are protected from discrimination – both in terms of discrimination based on their pregnancy as well as any complications that may arise from being pregnant.

Employees bringing claims under the PDA must make the same prima facie showings as discussed in the above discussion regarding Title VII.

The Family and Medical Leave Act

Twenty-two years ago, President Clinton signed into law the Family and Medical Leave Act (“FMLA”), 29 U.S.C. §§ 2612–2615.  The FMLA provides myriad protections to employees who are – or have family members who are – suffering from an illness.  Most significantly, the FMLA provides that, over a twelve month period, eligible employees are entitled to take twelve workweeks of leave and return to their same position and under the same conditions.  The FMLA also allows employees to take intermittent leave to deal with recurring treatment.  Further, the FMLA offers the same twelve workweeks of leave per twelve month period because of the birth or adoption of a child.

There are two types of claims that an employee can bring when she believes that her employer has violated her rights under the FMLA.  The first claim is one of interference.  This provision makes it unlawful “for any employer to interfere with, restrain, or deny the exercise of or the attempt to exercise" any rights under FMLA. 29 U.S.C. 2615(a)(1).  In simplest terms, this type of claim occurs where the employee has informed management of her need to take leave under the FMLA, and management has refused to allow her to take such leave.

A retaliation claim, on the other hand, is available to plaintiffs who believe that their employer has treated them less favorably after returning from FMLA leave.  Such a claim also embraces scenarios in which the employee has come back to work to a demotion or, more dramatically, a termination.  An employee alleging retaliation under the FMLA must make a showing similar to that under Title VII.  Specifically, she must show that she took FMLA-protected leave; that she suffered an adverse employment action; and that there is a causal relationship between her taking leave and the alleged retaliation by her employer.

Also similar to Title VII, the employer can defend against an employee’s claim of retaliation by showing that it would have made the same decision regardless of the employee having taken leave.  Though a seemingly straight-forward statute on its face, there is a lot more that goes into litigating FMLA claims.  We highly recommend consulting with an attorney

In part, the Equal Pay Act prohibits employers from discriminating “between employees on the basis of sex by paying wages to employees in such establishment at a rate less than the rate at which he pays wages to employees of the opposite sex.”  29 U.S.C.A. § 206.  To establish liability, the discriminated against employee must show that she performs work which “requires equal skill, effort, and responsibility, and which are performed under similar working conditions.”  Id.

The inquiry does not end, however, by showing that a male and female were paid differently for performing the same job.  The Supreme Court has confirmed the existence of a number of affirmative defenses available to the employer that will relieve it from liability.   If an employer can show that the pay disparity based on “seniority, merit, quantity or quality of production, or ‘any other factor other than sex,’” the employer will not be held liable under the EPA.  Washington Cnty. v. Gunther, 452 U.S. 161, 168 (1981) (internal citations removed).

Though the scope of the EPA as compare to Title VII is much more limited in that it deals only with wages, there are some advantages to litigating under the EPA.  First, you may file an EPA lawsuit in District Court without having to first file with the Equal Employment Opportunity Commission.  This can, in theory, allow an individual to more quickly prosecute her claims.  Second, you generally have two years (three if you can prove a “willful” violation) to file a claim whereas Title VII requires a plaintiff to file within either 180 or 300 days, depending on the jurisdiction.  Finally, the EPA allows the plaintiff to collect “double back pay.”  This means that, unless the defendant can prove that the wage differential was made in good faith, you will be entitled to two times the difference between your wages and that of your male comparators.

As with any of the previously discussed statutes, litigating EPA cases can be difficult and there are a number of other advantages (and disadvantages) to pursuing a cause of action under the EPA as compare to Title VII.

The Americans with Disabilities Act

As referenced above, the Americans with Disabilities Act, 42 U.S.C. § 12101 et seq., (or its federal employee counterpart, the Rehabilitation Act, 29 U.S.C. 791, et seq.) protects employees from discrimination on the basis of their disability.  Under 42 U.S.C. § 12112(b)(4), an employer is prohibited from discriminating against an employee as a result of “the known disability of an individual with whom [the employee] is known to have a relationship or association.”  As set forth by the Seventh Circuit Court of Appeals, a plaintiff can prove her case of associational discrimination by establishing that:

(1)   she was qualified for the job at the time of the adverse employment action;

(2)   she was subjected to an adverse employment action;

(3)   she was known by her employer at the time to have a relative or associate with a disability; and

(4)   her case falls into one of the three relevant categories of expense, distraction, or association.

The question, then, is how does this theory of associational discrimination apply to women in the workplace?  Unfortunately, the answer is that some employers may refuse to hire or otherwise discriminate against a mother if she has children (or a husband) who suffer from severe disabilities.  As the Seventh Circuit opined in Dewitt, an employer may be found to have violated the ADA where he terminates an employee who “is somewhat inattentive at work because his spouse or child has a disability that requires his attention, yet not so inattentive that to perform to his employer's satisfaction he would need an accommodation.”  Larimer v. Int'l Bus. Machines Corp., 370 F.3d 698, 700 (7th Cir. 2004).

Associational discrimination claims are “rarely litigated.” Id.  As such, there is not a substantial body of case law to help guide women on navigating perceived discrimination because of their need to care for disabled family members.  What is clear, however, is that discriminating against an employee because he or she has a family member who is disabled is an obvious violation of the ADA.  If you feel as though you have been discriminated against in such a manner, it is critical that you speak to an employment attorney with substantial experience in litigating under the ADA.

As noted, the purpose of this article was to provide you, the reader, with an overview of the protections for women in the workplace.  Each of these laws is complex and has a body of case law spanning multiple decades.  If you feel as though you are being discriminated against in your employment, you need to contact an employment attorney as soon as possible.  Filing deadlines vary from one statute to the next and the only way to preserve your rights is to speak with an expert. The important thing to know is that there are protections for you out there.

I Met With Chairwoman Cecilia Rouse to Talk About Paid Leave