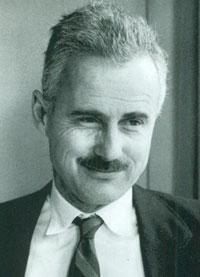 Charles Merrill: The Crucial Importance of Lanterns in Young Lives

I have been so blessed with an abundance of lanterns in my life who have been indispensable guides and supports over many decades. I shared many of them in my book Lanterns: A Memoir of Mentors. It has been very painful to lose so many in recent years but they are still very alive with me. Charles E. Merrill, Jr., a crucial lantern, died in November at age 97. A son and heir to the founder of Merrill Lynch, he endowed a scholarship that opened up the whole world to me as a young 18-19-year-old Black girl from a small segregated South Carolina town -- a priceless gift. For the first time in my life in Europe as a Spelman College Merrill Scholar I felt what it meant to be free, to explore and savor new places and cultures and learn that I could comfortably navigate the world and connect with human beings of all races and cultures and faiths. His influence will live on in my children and grandchildren who already are exploring the world and questioning barriers to justice and individual strivings free of unjust social constructs. Equally priceless was his caring friendship and mentorship and example over the years. I thank him from the bottom of my heart for his commitment to empowering the young and his modesty and capacity for friendship that lasted a lifetime. I prayed for his peaceful passage knowing that the many seeds he planted live on in gratitude.

The first morning I woke up in freedom in a Paris hotel across from the Luxembourg Gardens, I jumped up and down and yelled and pinched myself again and again. Having no one, parent or teacher or chaperone, to prescribe the day was a miracle. That’s how I learned I could travel the world without losing my moral compass and common sense and not to fear, indeed to enjoy, being alone. I learned to be comfortable in strange lands with people who speak a different language, worship God in many different ways, have different political systems and ideologies, and the same human longing for freedom. They gave me a chance to get outside myself, outside segregated America, and roam around inside myself where one dreams, prays, and connects with our Creator and others. 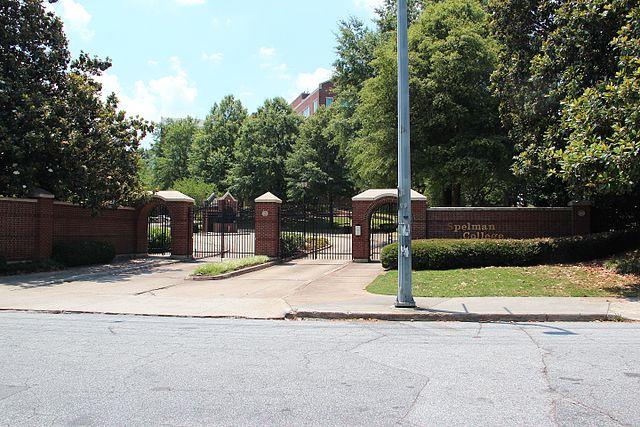 When I was 18 years old and a sophomore at all women’s Spelman College in Atlanta, Georgia I’ll never forget my fear when summoned to President Albert Manley’s office wondering what infraction I'd been caught doing. And I’ll never forget my elated disbelief at being told I’d been chosen as one of two Merrill Scholars -- the greatest campus honor -- providing a year of study and travel abroad. I ran back to my dorm in tears to call my Mama to share the exciting news which spread like wildfire throughout my hometown of Bennettsville, South Carolina.

I thought how pleased Daddy would be as I still think at every accomplishment. I then ran to thank Howard Zinn who had nominated me. Soon Howie and Spelman’s elegant French department chair and I began discussing where to go and with which group. Smith College and Sweet Briar College were among those offering structured academic and travel programs which lent social protection and guidance abroad. But Howie insisted that I not go with any group but travel on my own. This was a radical suggestion in the sheltered, planned-down-to-the-minute, closely supervised life of Spelman College.

Impressed with the confidence and pride of Morehouse men he had met in the army, Charles Merrill later sought out Morehouse College and Dr. Benjamin E. Mays and eventually chaired Morehouse’s Board of Trustees. His lasting contributions include founding the Commonwealth School in Boston and establishing Merrill Scholarships for a year’s travel and study abroad for Morehouse students which he later, thank goodness, extended to one Spelman student in 1957 and then two in 1958 and I was one of the lucky two. That year transformed my life and Charles Merrill’s friendship enriched it.

Charles Merrill did not just give a scholarship; he gave himself in long conversations, letters, and visits. He became a life-long friend whose confidence and expectations I wanted to live up to and reciprocate. I still do.

He shared time and advice and books including Orwell's 1984 and the Road to Wigan Pier that remain on my bookshelves. He responded regularly to my long excited ramblings during my year abroad and promptly set me straight by return mail when I wrote him about my conversations with a young former German Nazi soldier whose charm and agony momentarily clouded my moral accountability thermometer at a youth camp in the Soviet Union. Painfully shy but keenly interested in my youthful perceptions and experiences, his investment in sending students abroad multiplied throughout our college and home communities as Merrill Scholars shared impressions and reports upon returning from the big free world of Europe.

After graduating from Spelman I would visit Charles and Mary Merrill’s home on Commonwealth Avenue in Boston, their farm in New Hampshire, and occasionally the Commonwealth School where he served as headmaster for many years. When I was in law school, he visited me in New Haven, treated me to a play and dinner, and came to Mississippi where he applauded my ability not just to try civil rights cases but to competently cook an egg sunny side up for breakfast. He later served on the Children’s Defense Fund’s board and made me as proud as a child by attending every one of my five W.E.B. DuBois lectures at Harvard in the 1980s and coming to hear me in Boston when my book, The Measure of Our Success, was published.

Children and adults never cease needing the approval of our mentors. In opening up the whole world to me -- an 18-year-old Black girl sixty years ago -- Charles Merrill also opened it up to my three sons and grandchildren who travel comfortably all over the world today, and recognize the common humanity of God in all peoples regardless of language, geography, color, ideology, or nationality.

Many ask today whether Black children and youth can benefit from role models and mentors of other colors. Of course they can. While children certainly need mentors with whom they can identify personally from common experiences of race, gender, culture, and economic circumstance, they also need to be shown and taught that human values and caring know no racial or gender boundaries: that all people have something to teach and learn; that race and class need not prevent sharing and helping; and that every person is our neighbor and every child our charge. Charles Merrill enabled me to learn these lessons and I thank him from the bottom of my heart.