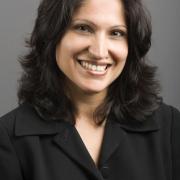 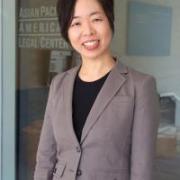 May is a beautiful time of year. We have the opportunity to celebrate Mother’s Day and enjoy the full bloom of spring. But there’s another reason May is significant for us: it’s Asian Pacific American Heritage Month.

Unfortunately, few people have an understanding of our communities. California is home to the nation’s largest Asian American and second-largest Native Hawaiian and Pacific Islander populations; according to the 2010 Census, over one in seven Californians (or nearly six million residents) is either Asian American or NHPI.  As the fastest-growing racial group in the state, Asian Americans, Native Hawaiians and Pacific Islanders (AANHPIs) will comprise at least 11 percent of the electorate this November. And our communities are diverse, speaking dozens of languages, encompassing immigration statuses from undocumented immigrants to naturalized citizens, and comprising a range of economic statuses.

But a growing number of AANHPIs in California live in poverty and many confront issues of wage theft, housing insecurity, language access and racial profiling. How can statewide policies and laws address these problems? That is the question our two long-standing civil rights legal organizations based in San Francisco and Los Angeles will tackle together with our new joint office, Advancing Justice-California.

On Monday, May 9th, we will be traveling to our state capitol of Sacramento to celebrate Asian Pacific American Heritage month by formally launching this office and highlighting our 2016 legislative priorities . We will be joined by legislators, members of the California Commission on Asian Pacific Islander American Affairs and our communities.

Legislation we have prioritized address a range of issues such as the TRUTH Act seeking to hold Immigration and Customs Enforcement (ICE) accountable for deportation programs which have separated California families and sparked civil liberties violations; ensuring nail salon workers and employers, who are overwhelmingly Asian American women, have access to appropriate information about existing wage and hour laws; expanding educational access and opportunity in state universities for children in low-income areas; and supporting South Asian, Muslim, Sikh, and other students who may face discrimination due to their faith.

All of these bills are important to us as both activists as well as mothers, because these issues of safety, justice, equity, access and respect affect not only the clients our organizations serve but color the world that we want our children to grow up in.  For example, although we grew up in different states in the ‘80s and ‘90s, New Jersey and Indiana, we both were made uncomfortable about our ethnicity and told in small and big ways that we didn’t belong. Years later, when we started working together, we realized that we have in common a reason for living in California: we want our children to be comfortable in their own skin and proud of their respective Indian and Taiwanese heritage. This is why it’s been incredibly painful to hear that Asian immigrant youth, and particularly South Asian, Sikh, Middle Eastern and Muslim children are being bullied in schools throughout California. When we heard reports of the bullying, as mothers who work for social justice, we could not just stand by and do nothing. Working alongside the Sikh Coalition and the Council on American Islamic Relations (CAIR), we have introduced a bill, AB 2845 (A Safe Place to Learn Act), that requires schools to provide resources to children who report bullying.

This is only one of the bills we are championing this year but it illustrates how as Advancing Justice-California, we aim to use our statewide platform and access to policymakers in the state capitol to elevate the voices of underrepresented Californians. We are privileged to be part of Advancing Justice in California and although we often have to travel and sacrifice time with our families for work, we do this knowing that we are helping build a more just society for all of our children.