Call to Action on the RESTORE Act: Help the Gulf Coast Recover 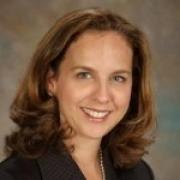 Tammy Herrington
Share This
Add your voice to the comments

During the summer of 2010, the nation watched in horror as gallons of oil spewed into the Gulf of Mexico.  While many outside the Gulf region are hearing that we are back to normal, we continue to find tarballs on our beaches, mats of tar beneath the surface of local waters and fish with lesions, leading to questions about long-term impacts.

The RESTORE Act, or Senate Bill 1400, was introduced by Gulf Coast Senators as a effort to send 80% of the fines BP will pay from this disaster back to the Gulf Coast for environmental and economic recovery.  It has passed through committee, but we now need it to pass a vote of the full Senate. Sending this money to the region that suffered can make a huge impact on Gulf economies and make the area more resilient to future disasters.  The Gulf produces nearly half of the U.S. domestic energy supply, holds seven of the nation’s ten largest ports, and produces two-thirds of the nation’s shrimp and oysters.  The health of these resources truly impacts the entire nation.

What we need from you:

Mobile Baykeeper, in conjunction with the Women of the Storm, needs friends in Non-Gulf Coast states to fax and/or phone their two US senators. Ask for the staffer on environmental or governmental affairs, and urge the senator to support the RESTORE Act.  You can find the names and contact information from Senators in all 50 states here.  Our goal is to make contact with Senators by February 3, 2012.

“Senator (NAME), I support the RESTORE Act because I know the importance of the Gulf Coast to (Senator’s State), the United States and around the world.  I hope you will support it too.”  Then add a version of the message points above.

Please email me at therrington@mobilebaykeeper.org the states in which you have made contact with friends to call their senators and the information you and your friends have received about senatorial positions on the RESTORE Act so we can keep track of our activity.  Thank you so much for your help.  We are grateful to have your support and hopeful that we can work together to pass the RESTORE Act in 2012.