California Leads the Nation in Helping New Dads in the Workforce 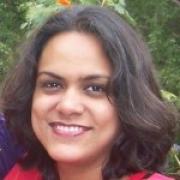 Vibhuti Mehra
Share This
Add your voice to the comments

Last month, I wrote about a state-by-state analysis that ranked California as a leader among nearly all other states in the country because of its policies to support working parents. California was one of just two states to earn a grade of “A-” for providing important protections to new parents beyond minimal federal standards.  Now, a new state-by-state analysis released for Father’s Day affirms California’s success in supporting and protecting employed fathers when a new child arrives.

The special report, Dads Expect Better: Top States for New Dads, released by the National Partnership for Women & Families includes an analysis of state laws and regulations on paid leave and workplace rights for new fathers in the United States. It finds that only 14 states and the District of Columbia are doing anything at all to help new dads who work in the private sector. The report ranks the top states and the District of Columbia based on their enactment of inclusive family friendly public policies. California and New Jersey ranked first in the nation.

In California, 65 percent of children live in families where all parents work. More than 6.6 million California children live with their fathers, and nearly a third of them are six years old or younger. California enacted the nation’s first-ever paid family leave insurance program in 2002, helping to ensure access to wages for workers – both women and men – when a new child arrives or a family member needs care.

Past research, including two recent studies commissioned by the National Partnership, shows that access to paid leave policies makes it more feasible for fathers to take leave in connection with a child’s arrival, and fathers who take leave are more likely to be involved in that child’s direct care long term. Controlling for other related factors, fathers who have access to paid leave are also less likely to receive public assistance and food stamps in the year following a child’s birth than fathers who do not take any leave. Despite these benefits, Dads Expect Better finds that 18 states do nothing beyond what federal law requires to offer new fathers or mothers leave from work to care for a new child. Another 18 states have laws in place that only help new mothers or state employees.

“California has taken great steps to protect the health and economic security of new fathers and mothers and their families with a paid leave insurance program and other laws,” says National Partnership President Debra L. Ness, while pointing that too many employed men and women in the US do not have access to policies that allow them to care for their families without sacrificing their economic security. “America’s families – no matter which state they live in – expect and deserve much better,” she says.

California’s PFL program has enabled more working fathers in the state the opportunity to be there for their family.  “The number of men using PFL to bond with new babies has steadily increased since the program was first implemented in 2004,” informs Netsy Firestein, Executive Director of Labor Project for Working Families. The Labor Project chairs the California Work & Family Coalition – a collaborative of unions and community groups – that helped pass the state’s paid family leave law in 2002.

To mark the 10th year anniversary of the passage of the PFL law, the Labor Project and the Coalition are conducting a year-long statewide outreach and education campaign to reach underserved communities with information about this program. We have developed some bilingual (English/Spanish) resources on the PFL program that are available at www.paidfamilyleave.org.

This Father’s Day, we ask you to help us spread the word using these resources so that more Californians become aware of and are able use the PFL program.

Vibhuti Mehra is the Communications & Development Director at the Labor Project for Working Families.