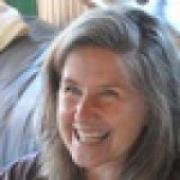 Kristen Golden Testa
Share This
Add your voice to the comments

And we’re off! Implementation of the Affordable Care Act (ACA) is officially underway! Less than six months after Congress passed the ACA, California has blazed the trail as the first state in the nation to create a statewide Health Insurance Exchange under the Act. Two complementary pieces of legislation create the California Health Benefit Exchange and are headed to Governor Schwarzenegger’s desk for an expected signature – (AB 1602 creates the Exchange and SB 900 creates a decision-making board).

By creating the Exchange, the State has built a framework that will dramatically improve the way many Californians, particularly the uninsured, get health coverage and will set the right trajectory for health reform implementation by providing new affordable coverage opportunities for millions of children and their families!

Make no mistake – creating the Exchange was no easy task. The legislation that created the California Health Benefit Exchange only came about (on party-line votes) through strong legislative and gubernatorial leadership, thoughtful and dedicated staff, and the efforts of a broad coalition of health and consumer advocates. Certain insurers (ones that are apparently afraid of transparency and a little competition) worked throughout the process to water down the legislation and tried desperately to kill the bill in the final hours. Thankfully, other insurers were supportive and engaged earnestly in negotiating amendments.

Now we await the Governor's signature to make the Exchange a reality. It is not clear whether he will or will not sign this legislation but we and many of our partners are working hard to let the Governor know that these bills for California will be a model for other states and will greatly benefit our children and families.

CCF’s recent blog and issue brief on Health Insurance Exchanges lays out some of the primary responsibilities of an Exchange and identifies some opportunities within the broader federal framework to coordinate among the Exchange and existing programs, like Medicaid and CHIP.

So, as many of you probably know, the ACA allows states to make some important choices, not least of which is the decision whether or not to create a state Exchange in the first place. Given that California is home to nearly 1.5 million uninsured children, the infamous 39% premium increase proposal, and a seemingly infinite state budget stalemate, we really need a custom-designed Exchange that will work for California. Alan Weil and Jon Kingsdale cautioned the California Legislature that making an Exchange work by 2014 would require a lot of strategic planning, thoughtful coordination, and time. It’s a good thing the Legislature was listening and has been able to take the first step forward for California.

Although the authorizing Exchange legislation creates a governance structure and outlines a framework for the core responsibilities of the Exchange in California, some of the details of coverage in the Exchange, such as the benefit design for the child-only insurance products, will be determined by the governing Exchange Board along with future federal guidance. That’s why we believed it was very important that the Exchange be run by a qualified Board with expertise and the authority to negotiate health plan contracts based on price and value while not having conflicting financial interests.  The board also needs representation from those that recognize the importance of coordinating with existing health care programs, systems, agencies, and regulators, so that children are protected and don’t fall through the cracks and lose health coverage unnecessarily. Along with minimum benefit standards and cost-sharing limits in the federal law, we believe these factors are critical to ensuring that the coverage offered in the California Exchange is much more meaningful and more affordable than coverage today.

In fact, one of the key features is that the five-member appointed Board is authorized to be an “active purchaser” and will select health plans to participate in the Exchange through a competitive bidding process. Because Exchange board members will be required to have experience with health coverage, administration, and financing, they will be qualified and savvy in negotiating contracts with health plans based on price and value for an estimated 8.3 million lives (including 3.8 million small-business owners and employees and their dependents).

The legislation also lays out the overall duties and responsibilities of the Exchange, many of which are explicitly required in the federal law (e.g., operating a toll-free telephone hotline and website with comparative plan information) and some of which just make good sense (e.g., authorizing the Exchange board to maximally collaborate with existing health agencies and applying the same standards for insurers and health plans inside and outside the Exchange). It also will allow California to be one of the first states to apply for the federal planning grants that can be used to establish the Board, promulgate strong consumer protections regulations, and develop a process to coordinate effectively with existing state health insurance programs like Medi-Cal (Medicaid) and Healthy Families (California’s CHIP).

Since the federal law builds upon (and protects) Medi-Cal and Healthy Families, it is critically important that the Exchange coordinate with existing state and local programs as much as possible. The Children’s Partnership and the Kaiser Commission on Medicaid and the Uninsured point out in a recent issue brief that the ACA requires enrollment systems that are consumer-friendly, coordinated, simplified, and technology-enabled. But getting into the “nuts and bolts” of creating enrollment systems that will effectively talk to one another and be easy for families to use requires thoughtful planning and sufficient lead time. That is why we continue to recommend that, as the Board develops the enrollment system for the Exchange and its subsidies, the State buckle down now and start planning for the streamlining and coordination of the other enrollment systems, like Medi-Cal and Healthy Families.

The hard work is just beginning! The 100% Campaign and our partners will continue to advocate (administratively) for better and more program coordination among the Exchange and other programs – not just at enrollment but also during renewal (something we didn’t get in the final bill) and at transitions (included in the bill but could still be strengthened). Coordination is especially important when families will be split across programs, for example, when a parent is covered through the Exchange while their child is enrolled in Healthy Families. We will be laying out detailed recommendations for the Board on seamless enrollment, renewal and transition coordination and protections to ensure that only the minimum necessary information is collected from families to determine eligibility for coverage.

While we pushed to get the state Exchange law as strong as possible, we recognize that many detailed decisions of the Board will be determined by federal guidance. That’s why we are sharing our thoughts and concerns with the Office of Consumer Information and Insurance Oversight about how the Exchange should coordinate with other programs, and urge them to provide helpful regulatory guidance on the issue. Like stakeholders in other states, we are weighing-in as the federal government develops these guidelines, rules, and regulations, but here in California we are in the unique position of simultaneously sailing ahead into uncharted waters.

So we can’t wait passively for guidance to be issued and instead need to focus like a laser on ensuring that we get clear federal guidance that will address such critical issues such as children’s benefit design, access to databases for existing eligibility information, and assurances of a coordinated and streamlined enrollment system.

Furthermore, as part of our effort to ensure that families know about and actually enroll in available coverage, we continue to recommend a preferential role for experienced community-based organizations as navigators. Based on our experience here, health care advocates in other states should be prepared for attempts to narrow the navigator role to licensed brokers/agents.

In the end, our State did not develop a perfect bill – the 100% Campaign and our partners had hoped for greater public/consumer representation on the Exchange board, stronger conflict-of-interest prohibitions, more comprehensive coordination requirements, and a preferential navigator role for experienced local community-based organizations. Yet, we are pleased to have a strong starting point and hope to make improvements in the months and years ahead. The new legislation helps structure the incredible amount of work that will be needed to turn the concept of an “Exchange” into an actual gateway to affordable coverage for millions of Californian kids and their families when 2014 rolls around.