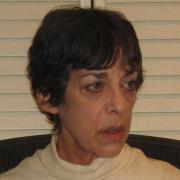 Kathryn Baer
Share This
Add your voice to the comments

This is a somewhat abbreviated version of a post published on Poverty & Policy. You can read it here: http://wp.me/pobp0-289

I first met Peter* on a street corner in my neighborhood, where he was selling Street Sense, the newspaper for homeless people in the District of Columbia. He now does work for me that I’m not strong enough to do.

Peter has in-demand skills, but won’t seek a regular, full-time job because he has to drop whatever he’s doing to pick up his daughter Joanne—and sometimes rush her to a hospital.

She’s prone to seizures due to a severe case of epilepsy. She also has some developmental disabilities. Peter has sole responsibility for her, as well as an older daughter.

Though he must patch together short-term, flexible jobs, the family has a home and basic needs met. For this, we can partly credit the Supplemental Security Income benefits he receives on Joanne’s behalf.

The benefits are far from generous—$733 a month. This is far less than the estimated costs of raising a child with an intellectual disability, including earnings a parent must forfeit. Bills introduced in the last Congress would, among other things, have restored the value SSI benefits have lost. But they’d stand even less of chance now than then.

Meanwhile, the caps on spending for non-defense programs that depend on annual appropriations threaten the special education Joanne is receiving..

She’s entitled to a free and appropriate education under federal law, but the amount states and the District receive to help pay for it comes from one of those programs—the Individuals with Disabilities Education Act.

Peter recently enrolled Joanne in a program that focuses on independent living skills, both work-related and basic everyday. He’s thrilled by the progress he sees and his opportunities for “hands-on” involvement. He can perhaps look forward to steadier, more gainful employment as Joanne becomes able to manage more on her own—to count cash, for example, wash clothes and prepare meals for herself and the rest of the family.

But she’ll gain such skills only if the program continues to receive enough money to provide the high-quality, individualized education that she and her fellow students need. The federal government surely hasn’t been doing its share. The law that created IDEA commits the government to providing states with 40% of the average they spend per student, multiplied by the number of special education students they have. Funds actually appropriated for the 2013-14 school year fell short by more than $20 billion, the Education Commission for the States reports, saying this is the most recent year it has figures for.

The under-funding didn’t begin with the Budget Control Act that’s responsible for the caps. But both the cut it made initially and the caps have caused IDEA grants for programs like Joanne’s a real-dollar loss of 9.6%, First Focus reports.

Now we’re less than two months away from the end of the short-term bill that’s keeping federal funds flowing to all the programs that depend on annual appropriations. It takes an across-the-board nick from the non-defense programs to keeping spending on them below this year’s cap. Whether the House and Senate will come together to pass an actual budget for education is a question mark. What the squeeze on funding due to the budget cap isn’t.

The caps, recall, were never supposed to go into effect. They were intended as an incentive, if you will, for the bipartisan “super committee” to agree on a sensible plan for reducing the deficit.

Now a “sizeable contingent” of Congressional Republicans are reportedly bound and determined to preserve the cap for the non-defense programs. Defense, as I’ve previously written, would get an increase through a backdoor.

Republicans can instead agree to an alternative that will eliminate the caps, knowing full well they were an intentionally bad idea to begin with.

Everybody who lives in this country will suffer harms from the further ratcheting down of federal funding—some more directly than others. Peter and Joanne are mere drops in the ocean. But there are many millions like them, doing their best in difficult situations—and vulnerable.

Sad to think that we’ve got policymakers who aren’t thinking about them. But we can change that.

* This isn’t his real name. I’ve changed both his and his daughter’s to preserve their privacy.