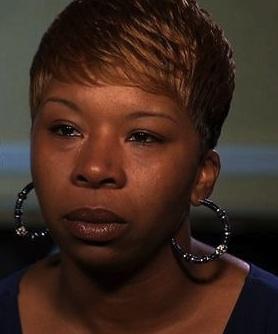 It’s time to make our voices heard to end racial profiling and to advance police reform.Enough is enough.

Just last Thursday, days before a grand jury failed to indict the killer of 18-year-old Michael Brown and just 6 miles from my home, unarmed Akai Gurley was shot and killed without warning by the New York Police Department. The officer who shot Akai told police officials that he was “nervous." Akai’s 2-year-old daughter will never see her father again, and neither will his family.

Mothers should never have to fear that our loved ones could come to harm at the hands of those charged with protecting them. And yet, the reality is that 18-year-old Michael Brown's death is just one chapter in the ongoing and growing narrative of lives impacted by racial profiling and police brutality.

The numbers don’t lie: Studies show that, even though White Americans outnumber Black Americans fivefold, Black people are three times more likely than White people to be killed when they encounter the police in the US, and Black teenagers are far likelier to be killed by police than White teenagers.

*Make your voice heard! In the wake of the failure to indict the police officer who shot and killed unarmed teen Michael Brown, we call on the Department of Justice and President Obama to take definitive action: http://action.momsrising.org/sign/justicemikebrownforward/?source=blog

It’s now up to the Department of Justice and President Obama to take definitive action to indict Officer Darren Wilson, as well as to advance higher standards of policing, with strengthened accountability mechanisms, and critical reforms that end racial profiling, police brutality, and militarized policing targeting African American and Latino youth, families, and communities.

All over the country, there have been a slew of unarmed African American and Latino youth and parents killed by police, including:

Racial profiling and excessive use of force by the police in Missouri, and in other communities across the nation, must end and perpetrators must be held accountable.

*Don’t forget to sign on with us to say: Families call on the U.S. Department of Justice and the Obama administration to take action now: http://action.momsrising.org/sign/justicemikebrownforward/?source=blog

Together, we are a strong voice for women and families.