Black women vote at high numbers in spite of White funders, not because of them. 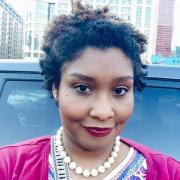 ShaRhonda Knott Dawson
Share This
Add your voice to the comments

Today, the Democratic victory of a senate seat in Alabama is our nation's  top news story.  Alabama, the most Republican of Republican states,  one of the red-est of the red states, turned blue.  And, for the first time, many news outlets are giving credit to the demographic responsible for this historic win: Black women voters.

But for those of us who have been organizing Black voters professionally, this is not news.  Election after election, year after year, Black women have the highest, most consistent voter turnout  and are also the most consistent block of voters for the Democratic Party.  Yet, they are also the most taken for granted: literally(less grant money than White organizations) and figuratively.

For those unfamiliar with the professional (money) part of elections, people don’t just vote.  It takes a lot of work, by professional organizers, to mobilize voters to show up and actually vote on Election Day.  The t-shirts, posters, mailings, man power to knock on doors and make phone calls, commercials, and even transporting people to and from the election polls costs big money.  And, the DNC, and the RNC, and major foundations and funders, knows that getting people to the polls to vote costs money, and so they fund organization accordingly.  They allocate money from their budgets to give to organizations that are designed to Get Out the Vote for their particular base voters.

This is when racism shows up.  The vast majority of funders of elections and election activities are White people and White organizations.  In theory and according to their organizational mission and funding requirement, foundations are trying to efficient in their meeting their organizational goals.  Which, in election organization world means, get the biggest bang for their buck so they want to mobilize actual base voters to go and vote on Election Day.    So progressive foundations target their grants money to those specific organizations that work with the populations they are missioned to help.

However, there is a difference in how foundations prioritize funding: for White voters versus Black voters.

Black women are the most consistent, likely voters of all American voters and vote 90% for the DNC, the funders give them little monetary support for elections or any issues important to Black women.  This is never been more clear than in Alabama.  Yesterday, Black women performed a miracle for Progressives and DNC, by voting in unprecedented numbers.  Yet, the foundation support for Black women is less than 1%!.

Just because Black women can mobilize and work magic with so little doesn’t make it right.  And, so many Black women, are calling out the racism and disrespect to Black voters and Black women, like Donna Brazile and Michelle Alexander,  from the DNC and left-leaning foundations.  The second class citizenship given to Black political organizations will not longer go on in silence.  As these elections season approaches, we need to be sure to publish who and when, organizations fund; white voters versus black run organizations.  And, if not, then Black people, should plan how to use our political power to make sure our issues are addressed after Election Day.

ShaRhonda Knott Dawson currently resides in the west suburbs of Chicago.  She received her masters degree from the University of Chicago, School of Social Service Administration, with an emphasis on nonprofit management and public policy. ShaRhonda has over 15 years experience in nonprofit management.  She has also worked over 20 years as a political organizer, focusing on engaging youth and Black voters.