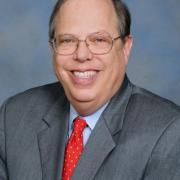 Jim Weill
Share This
Add your voice to the comments

The bipartisan budget deal hammered out this week by the White House and Congressional leaders – while falling short of what the nation's struggling households need from their government - will provide welcome stability to the budget and appropriations process for the remainder of this year and into 2017. It provides a path for Congress to reduce fiscal brinkmanship and to begin to focus on the real issues at hand.

The deal eases much of the stranglehold that sequestration placed on the budget. Without this deal, programs such as the Women, Infants and Children (WIC) program, Commodity Supplemental Food Program (CSFP), Head Start, Low-Income Home Energy Assistance Program (LIHEAP), Community Services Block Grant (CSBG) and others would have all been likely to suffer additional painful cuts due to the tight budget caps. This would have caused irreparable harm to the millions who struggle against hunger and poverty in this country.

Specifically, the deal eliminates a significant percentage of the sequestration budget cuts for non-defense discretionary (NDD) programs for fiscal years 2016 and 2017. It raises the debt limit until early 2017. The dollar-for-dollar parity achieved between defense and non-defense discretionary program spending was also a hallmark of the deal. Overall, these steps significantly reduce the possibility for government shutdowns this year and next.

Now, Congress has the opportunity to advance important economic and social priorities that move our nation closer to the goals of eliminating hunger and poverty in America. This budget deal is a step in the right direction.

About FRAC
The Food Research and Action Center (FRAC) is the lead advocacy organization working to end hunger in America through stronger public policies. FRAC’s A Plan of Action to End Hunger in America details clear and concrete steps for the nation to take in achieving this goal. To learn more about FRAC, visit www.frac.org. Find us on Facebook at facebook.com/foodresearchandactioncenter or follow us on Twitter at twitter.com/fractweets.