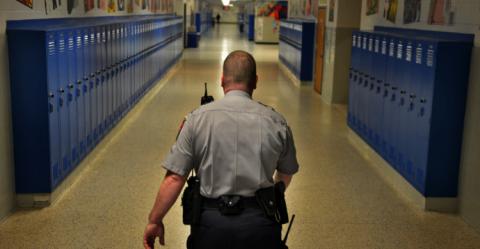 Back to School (-to-prison pipeline) 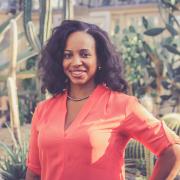 Yamani Yansa
Share This
Add your voice to the comments

This piece is published in partnership with Echoing Ida, a Forward Together Program.

Last month as the school year began, there were many memes and videos celebrating sending kids to school for parental relief.  Not all parents share that feeling. For parents of children with emotional disabilities, sending our kids to school is a dangerous exercise in Russian roulette with the school-to-prison pipeline. According to youth.gov, up to 70% of youth involved with the juvenile justice system have a diagnosable mental health disorder.

The American Civil Liberties Union (ACLU) describes the school-to-prison pipeline as “a disturbing national trend wherein children are funneled out of public schools and into the juvenile and criminal justice systems." Parents’ ability to work is compromised when children cannot attend school due to chronic mental illness, trauma from school environments, or the resulting overt and covert methods of pushing children out of school. Overt methods include unnecessary and excessive suspensions. The U.S. Department of Education collects demographic data on school suspension disparities, as well as the civil rights questions and the cost of children being out of school. According to these data, students with disabilities and students of color are suspended at much higher rates than their peers.

More covert methods of “push-out” include making a student and family feel afraid and unwelcome at school until they stop coming. For example, despite my youngest son having legal protections under Individualized Education, and 504 plans outlining his disability, his teacher last year was staggeringly disinterested in learning about him. Further, she created a culture of bullying by telling the class to ignore him and pretend like he was invisible. He came home every day saying his teacher “didn’t like him,” and she never denied this. She called me during the work day to tell me that he was a constant disruption because he was “flapping his hands in class” -- a common soothing strategy for neurodiverse people. Along with my ex-husband and co-parent, I regularly receive frightening calls from school and the resulting interruptions to my work day.

In the United States, 12 million families are headed by a single parent -- 80% of them moms who, depending on race, are among the women making anywhere from 54 to 80 cents on the dollar of their male counterparts. As if wage disparity is not enough of a setback on its own, a child’s negative experience at school can destabilize an entire family when a mom risks losing employment due to excessive absence or inability to focus or perform. So far over the years, due to field positions, remote work and a flexible schedule, I have been able to juggle the set of flaming batons that are my parental life. I have also endured some unthinkable work conditions at times, for fear of pushing back and losing employment. I am “lucky” that I have a salaried position with paid time off. However, the betrayal my family has endured from those we have counted on to help at school and at the hospital has left me in a constant state of fear about the future, and of when my luck will run out.

In September, the toolkit “Whose Security Is It Anyway” was released, to help non-profit organizations and other institutions that serve youth to better live the values we claim to hold in social service environments. All too often schools, community centers and non-profit organizations are not equipped to navigate crisis, and rely heavily on law enforcement rather than restorative strategies. I have to work, but my employment has been in jeopardy numerous times due to the unpredictability of when and how I will be pulled away from work to navigate school crisis. I have longed for better training and partnership with the places I depend on to care for my children. When I leave them in the care of individuals, organizations and institutions, I expect them to come home, not end up in police custody.

In my son’s eleven years, he has been in seven different school environments between pre-school and sixth grade. He suffered a traumatic brain injury five years ago, two weeks into first grade.  He had been riding a scooter downhill and crashed head-first into concrete. Just two months into that year, after having routinely feral responses to fear of physical harm, he was asked to leave his school. This experience of schoolteachers, paraprofessionals and administrators abandoning my child's educational needs, and refusing to embrace compassionate and inclusive approaches to his emotional challenges, has repeated year after year with only a few exceptions.

Before his injury, my son struggled a bit with impulse control and anxiety; afterward we have battled with his diagnoses of sensory challenges, obsessive compulsive disorder and depression. Each school year is as unpredictable as his emotional stability. Earlier this year, he spent nine days at a new school before he was asked to leave for tapping his pencil in class, being visibly upset by being asked to stop, having his pencil snatched away and refusing to leave the room as a consequence. When he was eight, he was dragged to his desk in a headlock by a substitute teacher. Later that year, his paraprofessional threatened to call the police on him because she snatched away his pencil, broke it in half to spite him, and he retaliated by kicking her shin.

As if we hadn’t seen enough hostility from people we entrusted as caregivers in public institutions that year, I called an ambulance to help me get him to the emergency room for pediatric psychiatry at our world-renowned children’s hospital; they told me to instead call the police to escort us. At eight years old, 100lbs and with two parents present, the nurse asked for a security guard to be present when taking his vitals.

I never stop worrying that my son's exceptional cognitive abilities will always be overshadowed by his emotional challenges, race, gender and size. And with the Washington Post citing that mental illness plays a role in a quarter of police killings, I worry that one day the cost will be his freedom or his life.

Two years ago, the report “Who Pays” detailed the economic impact of incarceration on the families of incarcerated loved ones. It’s a fascinating study showing that families, predominantly women (mothers, sisters, daughters), on average spend $13,000 over the term of incarceration.  When you consider that jails are the largest providers of mental health services in this country, it begs the questions:

The emotional and financial price of interfacing with policing starts adding up long before incarceration actually happens. The toolkit “Whose Security Is It Anyway” invites us to deconstruct notions of security, particularly with and for youth. It asks us to critically evaluate which methods we practice in helping environments that perpetuate the systemic harms we seek to dismantle. It asks us to re-program how we assess “danger,” and equip ourselves with new tools for intervention that don’t involve police. The toolkit challenges us to advocate for alternatives rooted in healing and community care.