Asthma, Allergies and Fighting for Clean Air for My Children 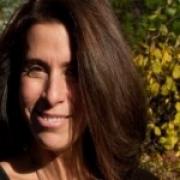 Harriet Shugarman
Share This
Add your voice to the comments

What is the connection between the proposed Keystone XL Pipeline that would carry Tar Sands Oil from Alberta, Canada to Texas, and my children’s health? And why would I not only risk arrest to stop this pipeline from being build, but actually allow myself to get arrested?

As a mom, my children come first, and when I became a parent I made the choice and the commitment to do whatever it takes to keep my children safe. Politics and big business are now threatening my children’s health and I will do anything to protect them, including getting arrested if that’s what it takes. The Keystone XL pipeline has become a “rallying cry” and an example of a David and Goliath battle, pitting moms, dads and regular people who are fighting for clean air and a clean and renewable energy future, against politics, perpetuating the status quo and $$$. The latest “battle” was fought on March 8th, International Women’s Day on the Senate floor. The battle was won, the pipeline postponed but the war is waging and the outcome for my children’s health and future remains uncertain!

My son suffers terribly from seasonal allergies; as well he is extremely allergic to poison ivy, something that is prolific in my neighborhood. Doctors are telling us that seasonal allergies are on the rise, and that poison ivy is lasting longer and appearing later into the fall and earlier in the spring. Scientists are noticing too, and are looking more closely at the links between climate change and public health.

My son’s allergies require him to take countless allergy medications, that mask some but not all of his symptoms. He loves fall soccer and spring lacrosse, but everyday he plays, he pays the price for being outside. Also, each fall and spring it seems we take a trip to the doctor, for stronger medicine than we can get over the counter to treat his annual and reoccurring reactions to poison ivy. We joke that he is “allergic to New Jersey,” unfortunately it’s not a joke and we see his suffering, and his allergies getting worse and worse every year.

According to studies published by the US National Library of Medicine, the US Department of Agriculture, and researchers at Harvard and Duke universities, increases in carbon dioxide – a greenhouse gas that in its “manmade” form is the number one contributing factor to climate

change – is aggravating allergies and worsening the toxicity levels of poison ivy. High CO2 levels were shown to produce more allergenic forms of urushiol, the toxin in poison ivy that makes you itch.

Also, ragweed, a common cause of seasonal allergies in adults and children, produces “super charged and more potent” pollen with increases of CO2, causing more sneezing and asthma like symptoms. Studies are also pointing out that this CO2 laden pollen is more allergenic then other forms of pollen.

The USDA found that “jumping from pre-industrial atmospheric carbon dioxide levels (280ppm) to 1999 levels (370ppm) doubled the amount of pollen that ragweed produces. At the end of 2011, CO2 was at 392 ppm and rising….! And according to Rodale.com, “Allergies account for about half of asthma attack triggers, meaning skyrocketing pollen counts of fast-growing trees in the spring and ragweed in the fall are landing more people in the hospital for asthma symptoms.”

This post is part of a Momsrising.org Blog Carnival that will go live March 15th! It is a lead in to a Talk Radio discussion, “Mom to Mom the Controversy of Clean Air” with EPA Administrator Lisa Jackson which will take place on March 19th. Join the discussion! This post contains information first published by ClimateMama in August 2011. For information and many ways you too can fight for clean air for our children’s health, join MomsRising and the Moms Clean Air Force.

Follow current campaigns against the pipeline and for policies to fight climate change at TarSandsAction and 350.org. Check back often at our ClimateMama blog for updates on parents “acting out for our planet” and follow us on twitter @climatemama.