Assault Weapons Ban (or Not): My Brief Foray into Local Politics 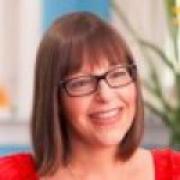 Kim Moldofsky
Share This
Add your voice to the comments
On Monday night there was a town hall meeting to discuss a local gun control measure. The backstory is that Illinois was required by the SCOTUS to create a concealed carry weapons policy. We were the last state to do so. I wasn’t following along closely about the way it played out in Springfield, but it was kind of a mess. Governor Quinn vetoed the policy and legislators overrode the veto. Ultimately municipalities had 10 days to create their own gun laws.10 days to develop an concealed carry/assault weapons policy.Also, each town that developed a policy was required to create its own definition of assault weapons.So like I said, there was this town hall meeting on Monday, but I didn’t hear about it until Tuesday. That evening I wrote a note to the mayor and village trustees with my thoughts on the topic. Wednesday evening, there was a meeting to discuss the town’s proposed ordinance.

I was too late. Hoping they’d pass an all-out assault weapons ban like several nearby communities, the ordinance that was put forth banned magazines with rounds of more than 31 bullets.

Enough to shoot down a full classroom of children plus a few school admins here in the suburbs where class sizes are small.

I don’t have time for a flowing narrative, so here are a few thoughts and observations from the Wednesday night meeting.

White men like guns. The diversity of folks at the meeting was not anywhere close representing the diversity of the community. (The village was in a crunch, but they should have worked harder to alert ALL residents about the meetings.)

There were women at the meeting- maybe 1/3 to almost 1/2 of the audience, but men did most of the speaking. Though I didn’t read my prepared statement (or even my revised statement), I did step up to the microphone to mumble a few thoughts. (And despite my jumbled thoughts, a few people thanked me for sharing them.)

After residents spoke up, outside groups were give the chance to speak. I think there were 4 or so pro-gun (all men) and one for for a full assault weapons ban (a woman).

For the most part, men cheered the pro-gun speakers and women applauded the pro-ban speakers. This means that women did not represent at the podium

Ladies, you need to speak up. You need to be heard. Even if it’s just to step up to the mic to say your agree with what someone else already stated. Village trustees need letters, emails, phone calls, and comments that weigh in on issues, they don’t use an applause meter to get assess sentiment.

I have a new appreciation for the work of my friends like Joanne and Veronica.

Also, I learned a bit about guns. And that there is a Jewish gunowners group (who knew?) and according to their rep, they consider gun bans anti-semitic. I happened to take to the mic a second time after he spoke so was able to add in my own little WTF on that. Though I do know a few Jewish gun owners, most Jewish people I know are all for gun control.

But that’s the thing. Some of the guys got up spewing misinformation, but did so with a confidence (the confidence that comes with having an AK-47 in your car? I don’t know).

I’ll share a few more thoughts, including how the local assault weapons ban ( of 31+ round magazines) is also an assault on science according the the law’s definition of a firearm. More on that on The Maker Mom someday soon.

It would be interesting to have an actual dialog on the matter, something that the setting did not allow for. Nor should it have. One of the gun guys offered to take the trustees out shooting. Nobody asked me, but I’d totally do it. I welcome the chance to learn more and even fire off a few rounds. I’m sure it’s a powerful feeling and I understand the sport involved (but not for military grade weapons designed to kill many, quickly). Assault weapons and family-friendly communities don’t mix.